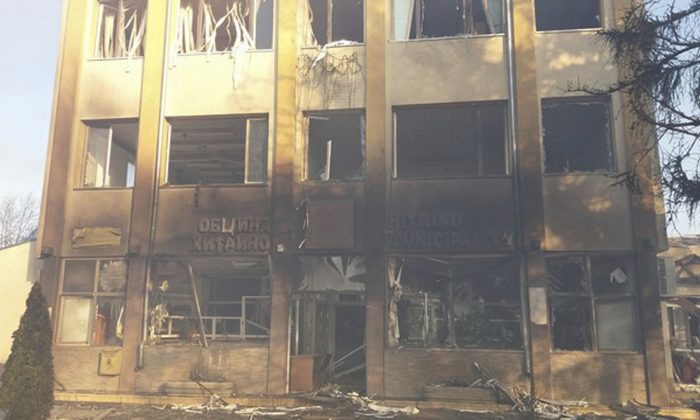 A municipality building is seen after an explosion following a train derailment in the village of Hitrino in Bulgaria, on Dec 10, 2016. (Bulgarian Interior Ministry via AP)
International

Nikolay Nikolov, who heads the country’s firefighting department, said at least 20 buildings in the village of Hitrino were destroyed when containers of gas exploded at 5:40 a.m. local time (0340 GMT).

Officials earlier had described the cargo as liquefied natural gas.

Video footage from the scene showed many houses in the village of 800 on fire and ambulances taking the injured to hospitals.

Hitrino mayor Nuridin Basri told reporters that children had been buried under the rubble of a house that collapsed.

Prime Minister Boiko Borisov, who arrived at the site of the blast, urged citizens to donate blood to address shortages at nearby hospitals.

“There will be more casualties,” Borisov told reporters.

He said several people suffered more than 90 percent burns and that damage from the explosion was extensive.

The train had been traveling from the Bulgarian Black Sea port city of Burgas to the Danubian city of Ruse.