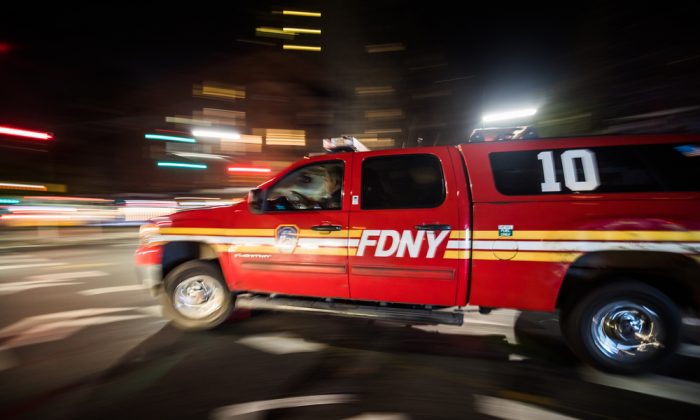 NIAGARA FALLS, N.Y.—Authorities say five people have been taken to hospitals after a fire broke out at their western New York home, forcing some of the residents to jump from a second-story window.

Fire officials say the blaze was reported around 3 a.m. Thursday at a home in the city of Niagara Falls. When crews arrived on the scene the home was fully involved with heavy flames and smoke on the first floor.

Officials say two adults and three children living on the second floor were home at the time of the fire. Fire officials they jumped out a window to escape the burning house.

The two adults both suffered lower body injuries and were taken to a Buffalo hospital. The three children are being evaluated at another hospital.

The cause of the fire is being investigated.