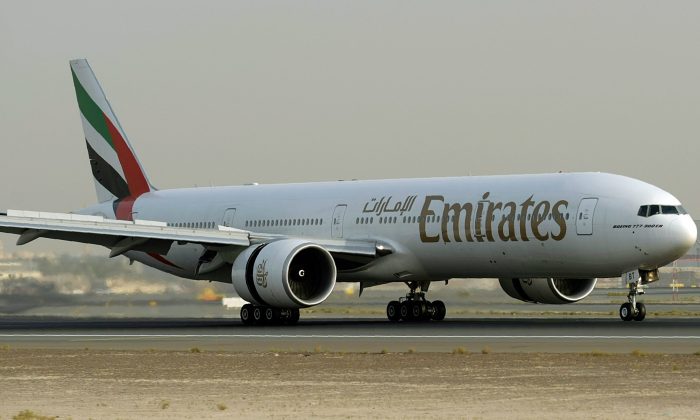 Five people were injured when a boarding stairway collapsed at the Benazir Bhutto International Airport in Islamabad, Pakistan, on Tuesday, Feb. 27.

The Emirates airline flight EK615 was about to depart for Dubai, when the stairs collapsed, causing passengers to fall on the tarmac.

All the injured passengers were taken to Benazir Bhutto Hospital, according to rescue officials.

@emirates looks like the engine is damaged for EK615. No news from the staff yet pic.twitter.com/1GFkVOB91o

Photos from the scene showed the stairway toppled over on its side. Other pictures also show damage to the plane’s engine inlet.

“EK615 has been delayed as a result and customers will be rebooked on alternate flights. Emirates apologises for the inconvenience caused. The safety of our customers, crew and staff is of utmost importance and will not be compromised,” the Emirates said in a statement reported by Khaleej Times.