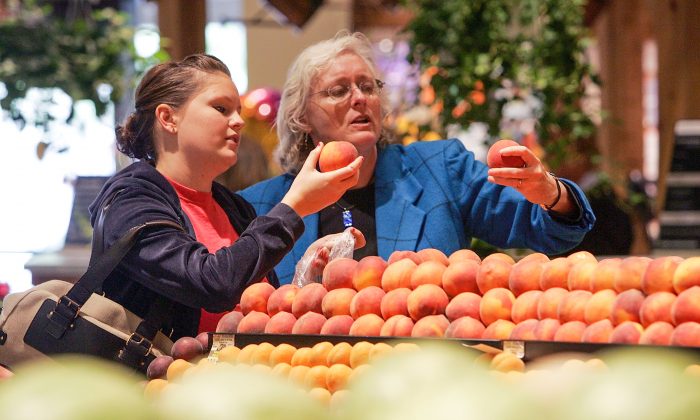 “An apple a day keeps the doctor away” says the proverb—but maybe not in communist China. Due to a lack of regulation and enforcement, farmers in China regularly add dangerous amounts of fertilizers, preservatives, pesticides, and other chemicals in an attempt to accentuate the attractiveness of their fruit and vegetables. In manufacturing, food safety becomes even more difficult to control, as manufacturers often cut corners and add dangerous ingredients to create products for lower costs.

While there is no way to know whether the same fruits contaminated in China are those exported to the United States, the U.S. Food and Drug Administration inspects less than 3 percent of imports for violations and deficiencies.

Here are 5 fruits imported from China to the U.S. that you may want to avoid.

Fact: In 2014, the U.S. imported over $300 million of apple juice, $12 million of preserved apples, and $7.7 million worth of dried apples, according to the U.S. Department of Agriculture. China is the world’s largest producer of apples.

Problem: In Yantai, Shandong, farmers were discovered to have grown apples in bags containing illicit pesticides, according to Sina News, a major web portal in China. They wrapped the bags, containing large amounts of white chemical powder around the premature apples (with the pesticides in direct contact with the fruit) on the tree, and did not remove them until the apples had fully developed. Although forbidden by local authorities in March of 2012 due to health concerns, reporters investigating in June found the practice had not ceased but instead continued to expand.

Farmers claimed they did so because the resulting apples would be fuller and brighter, without any dark spots or blemishes. The obvious potency of the chemicals was evidenced by how many farmers wore face masks and gloves to avoid direct contact with them, with some even covering their entire face as if wearing a gas mask.

Fact: The U.S. imported $83.5 million worth of prepared or preserved peaches from China in 2014, according to data from the ITC.

Problem: In early 2014, the National Measurement Institute in Australia tested canned peaches imported from China and found some had twice the amount of lead allowed in a food product, according to the Weekly Times, a rural newspaper in Australia. Based on information from the New York Department of Health, high amounts of lead can cause brain damage, as well damage to the digestive and reproductive systems, with pregnant women and children being particularly vulnerable.

Problem: In 2012, Germany recorded the largest foodborne illness outbreak in its history caused by frozen strawberries imported from China, according to a report in Food Safety News. The strawberries contained a norovirus which sickened 11,000 youngsters throughout eastern Germany, hospitalizing 32. A spokesman for a German consumer organization said Sodexo, the food distributor who imported the contaminated strawberries, probably chose them for their cheaper price.

Fact: According to the U.S. Department of Agriculture, the U.S. imported $2.2 million worth of preserved lychees from China in 2014.

Problem: In June, 2007, 66-year-old Li Ruyi, who lived in Zhengzhou, Henan Province, bought some bright red lychee from a street side cart because they appeared quite fresh. She went home and ate a large portion of them, using her teeth to bite and peel the skin because her fingers were not so nimble anymore.

The next day, she woke up to find her lips painfully swollen with dry, peeling skin. When she examined the leftover lychee, she found them black and emitting a pungent, sour odor. Investigating reporters discovered that some unethical shopkeepers had sprayed sulfuric acid on the lychees to “beautify” them, giving them a temporarily bright red hue. But once the sulfuric acid dried and was absorbed into the skin, the lychee would quickly turn black.

Fact: In 2014, the U.S. imported $1.62 million or 136 tons of dried bananas, according to the International Trade Centre (ITC), a joint agency of the World Trade Organization and the United Nations.

Problem: Some shopkeepers in China use ammonia solution, hazardous to people’s health when consumed in large amounts, to expedite the ripening of bananas, according to Sohu, a Chinese news portal. After the green bananas arrive from Zhangzhou, Fujian or elsewhere, shop owners spray some ammonia water on them and wrap the bananas in plastic film. Three days later, the bananas are ripe and yellow. However, these bananas have a shorter shelf life, so sometimes consumers are buying bananas that appear ripe but are actually already rotting on the inside.