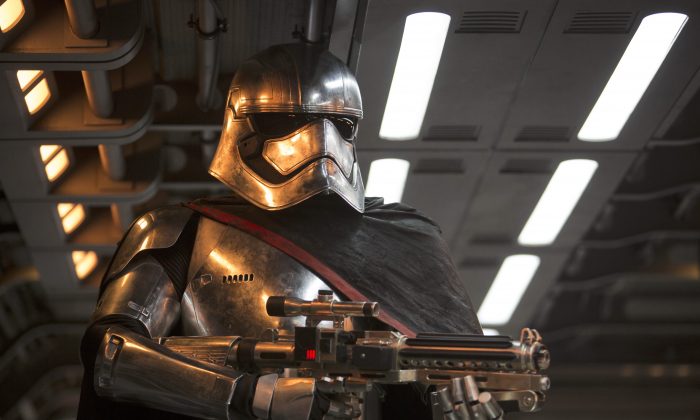 5 Fun Star Wars Games for Android You Need to Play

No matter how much time passes, the Star Wars fever never seems to go down. How many times have you warched the scene where Luke finds out that Darth Vader is his father? Or the one where Anakin Skywalker becomes Darth Vader? I’m betting more than once. I don’t know about you, but I can’t get enough of Star Wars, and hopefully the force will be with me as I describe the following five free Star Wars games for Android.

With Star Wars: Galaxy of Heroes you will fight the dark side, but in a team made up of your best fighters in simple RPG battles. You will have a guide telling you everything you need to do (at least until you reach level 2), but after that you are on your own. In-app rewards and currency are handed out liberally in the early stages of the game.

Choose wisely as to what character you add to your team since each one has his style for attacking and special powers, but you will only see additional moves when they have the proper gear. You can add characters such as Rey, Ewok Scout, Princess Leia, Aayla Secura, Luke Skywalker, Admiral Ackbar and many more! You will also have to unblock special tactics and equip your team to improve its attack strategy.

Warming: Star Wars: Uprising is a large file; I recommend only downloading over WiFi.

Star Wars: Uprising is a casual RPG game that is set in the timeframe between Return of the Jedi and the Force Awakens. Here, you will have to join other rebels and fight against what is left of the Empire. You can build your team by going on treacherous missions in sector-wide battle and by gaining new skills.

Star Wars: Uprising is a multi-player game that will allow you to play with your friends and other players from all over the world. You can create your very own character and choose from a large variety of skills, species, personalization options and classic Star Wars objects.

This game includes a less central side story, so you won’t be running into Luke in this game. Don’t worry about feeling lost since the game will take place in places such as Cloud City and Hoth. This is a tap and shoot game that anyone can play and features a lot of abilities and gear to unlock. May the force be with you.

Star Wars: Commander is more of a strategy game than an action-packed Star Wars game. In the beginning, you are guided as to everything you will need to build to keep your base safe. You are threatened by your enemies, and even Darth Vader tries to convince you to cross over to the dark side. Don’t listen to him!

You are also asked if you want to join the Rebels or the Empire. I’m always fighting with the Rebels. If you select the Empire, you will focus on creating destructive machines and enjoy speeder bikes and AT-ST’s. If halfway through you feel you should have gone with the Rebels once you reach level 4, you will have access to heroes or vehicles you didn’t have access to before because of the side you chose, while the Rebels will call up the heroes. You can even try out Han Solo.

If you want to put together two of your favorite games, Angry Birds Star Wars is the perfect game. You will have to come with your A-game if you want to defeat Pig Vader and his Empire. You will have to perfectly launch your bird in a hostile environment that includes air vents, TNT, and weighted objects. You can also use your Luke Birdwalker as your last resort to defeat that evil pig. If you have played Angry Birds before (who hasn’t), you know that the levels get harder as your progress.

In Lego Star Wars: The Yoda Chronicles Grievous distracts Yoda from the Jedi temple and steals the light sabers. Dooku is going to use them to create Sith Clones. This game also asks you which side you want to fight for, kind of a must in any Star Wars game. You will need to choose whether you want Yoda or Count Dooku as your mentor, and your scenery will depend on what side you choose. You can play with eith teen official characters and enjoy bonus levels to improve your rank and units.

You will need to tap to move your units, and you tap to fire on the enemy. As you play you earn studs to get more units to fight off the enemy. This game is perfect for kids since it features easy-to-solve puzzles.

You will definitely have fun with these Star Wars games for Android. Who doesn’t like Star Wars, right? Don’t forget to give the post a share, and let me know in the comments which game you liked the most.