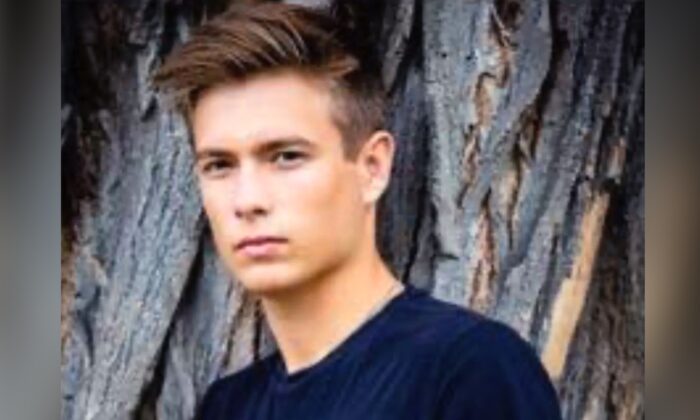 Stone Foltz, 20, died in March 2021 of alcohol poisoning after a brutal fraternity initiation event in which he was forced into drinking an entire bottle of Evan Williams whiskey.

According to an eyewitness, Foltz finished his bottle in only 18 minutes. He was later found unconscious by his roommate after members of the fraternity dropped him off at his apartment.

Foltz’s roommate called 911 and he was rushed to the hospital. He died three days later after he was pulled off life support.

On Thursday, three of the students charged in the case, Jarrett Prizel, 19, of Olean, New York, Daylen Dunson, 22, of Cleveland, and Ben Boyers, 21, of Sylvania, Ohio, were sentenced to jail terms, while two others, Niall Sweeney, 21, of Erie, Pennsylvania, and Aaron Lehane, 21, of Loveland, Ohio, were ordered to serve house arrest.

Sweeney and Lehane both pleaded guilty to tampering with evidence and hazing. They were each sentenced to 28 days of house arrest and two years probation.

Three other former fraternity members have yet to be sentenced.

In a statement Foltz’s parents issued on Thursday, Shari and Cory Foltz said that “there will be no closure for our family until hazing is permanently eradicated on college campuses.”

In an emotional plea, Foltz’s father asked Judge Joel Kuhlman to sentence the men to the maximum allowed under Ohio law for the death of his son, The Columbus Dispatch reported. In Ohio, reckless homicide is punishable by up to five years in prison and $10,000 in fines.

However, the longest sentence given was Prizel’s 28 days in jail.

In the event, new members, also called “little brothers,” are introduced to mentors, known as “big brothers.” Prosecutors said that the new members, almost all of whom were under 21, were given a bottle of highly alcoholic liquor and were told to finish it by the end of the night, Law & Crime reported.

A GoFundMe page was made to raise money for a memorial fund by Stone Foltz’s aunt last year.