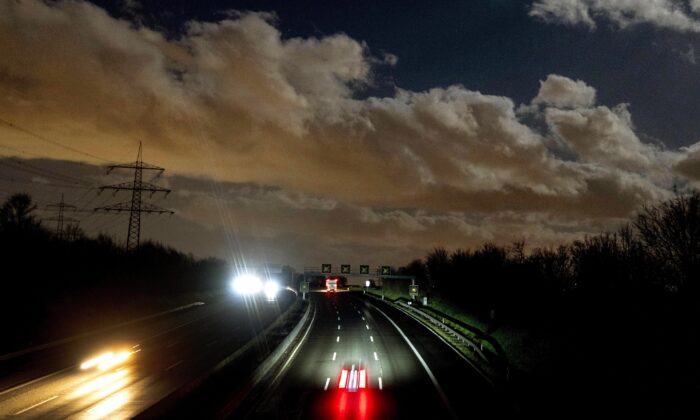 BERLIN—Meteorologists warned Thursday that northern Europe could be battered by a series of storms over the coming days after strong winds swept across the region overnight, killing at least five people, downing power lines and causing widespread travel delays.

Train service was halted in Scotland, Wales, parts of England and the Netherlands due to trees and power lines that fell during the storm, named Storm Dudley by Britain’s Met Office weather service.

Amsterdam’s Schiphol Airport warned travelers that flights would be delayed due to the high winds. Lufthansa and other airlines also canceled several flights due to the storm, which was nicknamed Ylenia in Germany.

The Dutch rail company, NS, said it was cancelling all domestic and international trains Friday from 2 p.m. as the country’s weather service issued a warning for high winds.

“It is possible that trees will blow onto tracks and cause dangerous situations,” the service said.

Two motorists in Germany, one aged 37 and the other 55, were killed after trees fell onto their cars in Bad Bevensen, south of Hamburg, and in the Harz region southwest of Berlin. A car passenger died near Osnabrueck after the vehicle’s trailer was blown into the path of a truck.

Two people also died in the Polish city of Krakow, where strong winds caused a construction crane to collapse.

“I fear travelers will need to put up with disruptions for a long time,” he said.

The country’s most populous state, North Rhine-Westphalia, closed schools as a precaution, and authorities in several other states said students could stay home if they wanted.

Meteorologists said they measured wind speeds of up to 135 kilometers per hour (84 miles per hour) in low-lying areas of Germany.

Experts noted that advances in weather forecasting and storm defenses have helped prevent serious disasters such as the deadly floods which hit Hamburg 60 years ago Thursday, killing more than 300 people.

Still, large ships were banned from sailing up the Lower Elbe River that connects the port of Hamburg to the sea. Videos posted on social media showed passengers running for cover after a wave smashed the windows of a commuter ferry on the Elbe. Three people suffered minor injuries, German news agency dpa reported.

In the Czech Republic, hundreds of thousands of people were temporarily without electricity after trees fell on power lines. Thousands of homes were also left without power in Britain and Germany.

Two domestic LOT flights in Poland, from Bydgoszcz and Krakow to Warsaw, had to be rerouted and landed in Hungary’s capital, Budapest, to avoid strong winds. They refueled and were later able to proceed to Warsaw.

Cyclonic weather over the north Atlantic is expected to send further storms toward Europe in the coming days.

Britain’s weather agency issued the highest level of alert for Friday, warning of “flying debris resulting in danger to life.” It said roofs could be blown off buildings as Eunice is expected to produce winds of up to 150 kph (95 mph) on the coast and 130 kph (80 mph) inland.

Forecasters say the red weather warning covers the southwest England coastline and southern coast of Wales. More than a hundred schools say they will close Friday, and Prime Minister Boris Johnson said the army is on standby to help those affected.

The country’s Environment Agency issued a warning of potential flooding from high waves and storm surges.