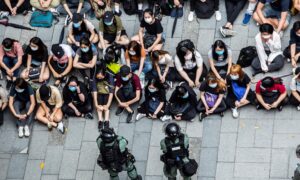 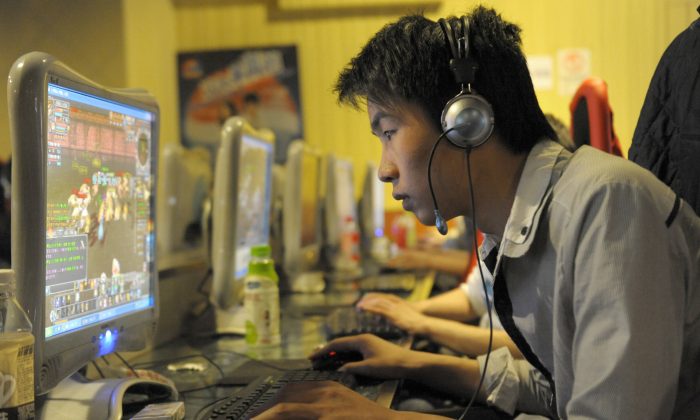 China has over 350 million gamers—more than the entire American population. Not surprisingly, among them are also millions of addicts, the victims of a plague that state media has called a “Third Opium War” after the conflicts that imperial China fought—and lost—to eliminate the narcotic from its borders.

Legions of distraught parents have been trying all kinds of ways to get their children off the “electronic heroin” that the state claims affects of four in five Chinese youth.

From electroshock therapy meant to “clear the mind” to hackers hired to ruin a child’s gaming experience and even more extreme measures, read below to discover the lengths to which some Chinese will go to stamp out the scourge of internet addiction.

The hundreds of boot camps that Chinese parents send their unruly youth off to are a vicious world unto themselves, with heavy workouts and brute-force, sometimes fatal punishment being the norm, but the electroshock therapy used in this privately-run gulag for chronic gamers and net-surfers stands out as a special form of brutality.

In the 2000s, boot camp staff, many of them free of any official oversight, began using a kind of therapy that they euphemistically termed “xing nao,” or “brainwalking.” In a supposedly harmless but extremely painful procedure, kids had electrodes attached to their temples and hands, then are zapped with between 1 and 5 milliamps of electricity, according to a 2010 report by Wired (link above).

The idea behind this torture was to “clear the mind,” in the words of psychiatrist Yang Yongxin who ran a internet addiction treatment center in Shandong Province and charged $800 a month for each patient. Electroshock therapy was banned by the Chinese authorities in 2009, but Yang’s other methods, which included the use of psychotropic drugs and barring his patients from all contact with the outside world, remained in demand.

Have a problem with technology? Fight it with technology. Before graduating from college in 2005 Yu Qiang was a dedicated gamer who personally knew the pains of addiction.

Upon getting his degree, Yu set up an online company called “Tingle Space” specializing  in hacking the accounts of gaming addicts, local state-run Chinese media reported in 2014.

Yu and his staff, after completing contracts with parents who have decided to coax their teenage children away from games, conduct investigations into the relevant accounts and take control of them. A typical scenario is that the child will experience disconnections, particularly during critical moments in the game.

The hackers also delete virtual items and awards accumulated by the long hours of grinding that is typical of contemporary online gaming franchises. This demoralizes the addict and serves as a form of negative conditioning to wean him or her off the game.

Yu himself spent large sums of money to buy virtual ingame equipment when he was in college, but his attachment to gaming was suddenly dampened when his account was stolen.

“I was reduced to despair, and all of a sudden felt no interest for the game,” Yu told Anhui News.

“Of course,” he said, “what we do is only the first step. The rest of the communication work is up to the parents.”

Go to Prison on Purpose

Last May, Mr. Zhang, a young father of two children in Henan Province, was so addicted to an online game that he would spend ten hours at a time in internet cafes, neglecting his family, work, and income. There was talk of sending his children to be cared for by his parents and his wife was considering divorce, the Hangzhou Daily reported.

On Jan. 29, 2015, a desperate Zhang spotted a woman who he said was “dressed like a prostitute” and decided to rob her of customer tips he assumed she was likely to have on her person. Zhang restrained the woman, stole her iPhone 6, then before escaped in a taxi.

Zhang told reporters that he intended to commit robbery in order to first pay off his debts accumulating through online gaming, while at the same time eliminating his addiction by being in prison.

He was granted his second wish but not the first, as a court sentenced Zhang to four and a half years in prison and ordered him to pay a 10,000-yuan (about $1,500) fine.

But at least he didn’t…

Chop Off a Hand

Last January, a high school student called Wang Liang in eastern China with a propensity to slip into internet cafes after school was reported to his parents by a teacher. He wrote a note apologizing for his behavior and declaring his remorse. Ominously, the note also mentioned that he would be back after a trip to the hospital.

Finishing the note, Wang then grabbed a kitchen knife, went to a bus station in Nantong, the city he lives in, and chopped off his left hand. Suffering from rapid blood loss, he flagged a taxi and was taken to a hospital, Yangtse Evening News reported in February 2015.

Wang had a 10-hour-operation to reattach his hand.

Aren’t there better things to do with yourself?

Instead of mutilating himself or intentionally get a prison sentence, 27-year-old home renovator Luo Bing decided to put an end to his ten years of online addiction by painting walls free of charge.

Luo had spent countless evenings in net cafes, often staying there the entire night until dawn, he told the Shanghai-based Peng Pai on March 1. “Now I just help people by painting their walls after work. I haven’t touched games in ten months.”

Since 2008, when he and his parents came to Zhejiang Province from an impoverished region in central China, Luo had spent 200,000 yuan (about $30,000) on online games.

Luo’s turning point came when he and his brother were renovating a house and the latter told him that because of his wasteful habits, he would never be able to live in any sort of house, let alone an expensive villa like the one they were working on.

To replace his gaming obsession, Luo advertised his free work on the Internet, saying that he would paint walls for free, 5 square meters (about 50 square feet) per job.

His offer was initially received with incredulousness or even hostility, with some accusing him of being a would-be thief or trying to atone for some prior sin. Over time, though, Luo built up a solid reputation and has been able to save money with his new pastime.