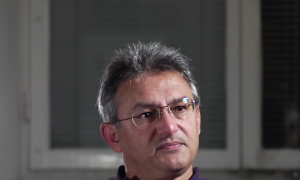 The View From Inside China's Brutal Prison System
0 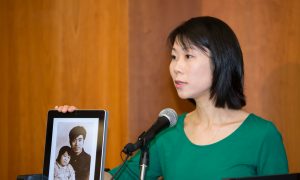 Daughter Seeks Medical Treatment for Father, Prisoner of Conscience in China
0
5 Chinese Prisons That Are the Size of Small Towns
China

5 Chinese Prisons That Are the Size of Small Towns

Spanning China is a vast network of labor camps and prisons, administered by the communist regime’s powerful internal security agencies. They hold men and women, intellectuals and the uneducated, prisoners of conscience and corrupt officials. Some are sprawling complexes of slavery and torture; others are special facilities in which privileged convicts serve their sentences in relative comfort.

The following are five prison constructions from north and northeastern China. Among these are three are urban complexes located in or near bustling metropolises; the remaining pair lie isolated in the harsh natural environment of the Manchurian and Mongolian borderlands in China’s vast northeast.

The super-penitentiary is known as an “important achievement of Bo Xilai.” Bo, the ambitious Chongqing boss who was purged in 2012, oversaw the construction of the “prison city” in Liaoning Province, where he was the Party secretary from 2003 to 2004.

Many practitioners of the persecuted spiritual discipline Falun Gong from Liaoning were imprisoned here during Bo Xilai’s tenure and after. At least 46 practitioners have been persecuted to death in Shenyang City Prison.

Online writers Zhang Peng and Zhen Yichun were known inmates of the prison. Both were charged with “subversion of state power” for producing articles on topics considered sensitive by the Party, such as the Tiananmen Massacre (Zhang) and the Nine Commentaries on the Communist Party (Zhen), a book that explores the nature of the Party.

Gu Kailai, the wife of Shenyang Prison City builder Bo Xilai and murderer of British businessman Neil Heywood, is currently serving a life prison term in a jail complex netizens have dubbed “The White House” for its distinctive architecture.

Administered by the Chinese regime’s Ministry of Justice, Yancheng Prison is a so-called “luxury prison” for meant for purged Communist Party officials from all over the nation.

The palatial jail boasts neatly manicured lawns as large as three soccer fields (hence its other nickname, the Garden Prison), cells the size of an “average New York City apartment,” a modern-looking, well-equipped gym, and even a cocktail lounge.

Incarcerated ex-Party members and big-time mob bosses still get to enjoy a good life behind bars. They get to enjoy Internet access, smartphones, DVDs, fancy meals, and can call prostitutes to service them.

In contrast, most small-time criminals and prisoners of conscience are frequently tortured, abused, and forced to work extreme hours with miserable rations in labor camps.

In no small part due to Chinese leader Xi Jinping’s anti-corruption campaign, China’s two “luxury prisons“—Yancheng Prison and Qincheng Prison—are becoming overcrowded, according to mainland media. Yancheng Prison has a maximum capacity of 1,600.

“Spies” and “intelligence operatives”—it is unclear whether they are actual undercover agents or merely accused of being so under China’s vague national security laws—caught in China are supposedly detained in this prison city.

Democracy activist Ren Zhiyuan is one notable inmate in this jail. He was arrested for “subversion of state power” in 2005 and handed a 10-year prison sentence the following year.

In July 2013, former prisoners of Shandong Provincial Prison said that Ren was subjected to multiple beatings, as well as psychological torture, while incarcerated. Because he refuses to plead guilty, Ren has been denied monthly family visits, medical treatment, and the right to appeal in prison.

The prison’s civilian police take on multiple roles—teachers, doctors, nurses, regular staff—in the Water and Electricity Management unit, and are also residents in the area.

At least one Falun Gong practitioner, Zhou Chaixia, was imprisoned and persecuted to death in Baoanzhao Regional Prison. Zhou, who once headed the Female Labor Division at the Main Labor Union in Chifeng City, Inner Mongolia. According to Falun Gong information website Minghui, Zhou was brutally tortured when she refused to give up her faith, and died from her injuries while at Baoanzhao in July 2003.

In 2004, additional structures were added to house 543 Party members from 24 Party branches. Formerly known as “Laolai prison,” the Heilongjiang mega-penitentiary was renamed Nehe Prison in 2013.

Numerous incidents of manslaughter and suicide at Nehe were reported in January this year. Prison guards shot and killed 6 local residents; a prisoner who helped a prison guard fish his firearm out of the water during a hunting trip drowned to his death; and also several instances of prisoners being beaten to death by the guards.

Between 2008 and 2014, at least eight prisoners and one prison guard attempted suicide in Nehe Prison.