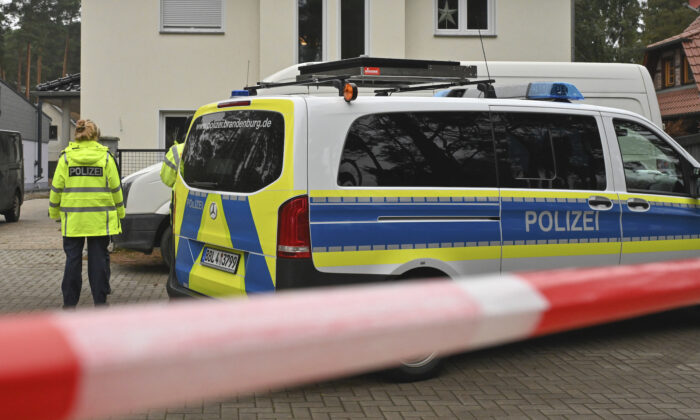 Police have cordoned off a single-family home in Senzig, a district of the town of Kownigs Wusterhausen in the Dahme-Spreewald district, on Dec.4, 2021. (Patrick Pleul/dpa via AP)
Europe

BERLIN—Five bodies with gunshot and stabbing wounds were found on Saturday in a house just outside Berlin, German authorities said.

Officers found the bodies in the Senzig district of Koenigs Wusterhausen, southeast of Berlin, after witnesses reported seeing dead people in the building, prosecutors and police said in a statement.

Investigators said they believe the victims—two 40-year-olds and children aged 10, 8, and 4, all of whom lived in the house—were killed.

Gunshot and stabbing wounds were found on the victims’ bodies by investigators working on the case.