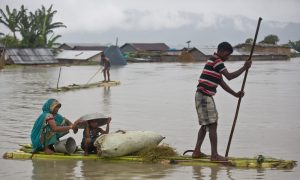 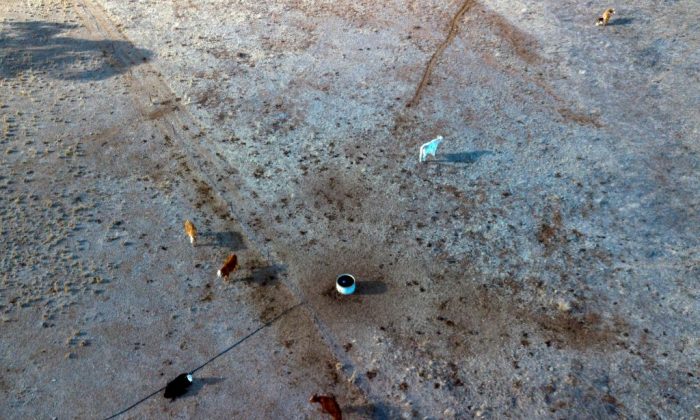 This aerial photo taken on Aug. 7, 2018, shows cattle on a dry paddock in the drought-hit area of Quirindi in New South Wales. A crippling drought is ravaging parts of Australia, decimating herds and putting desperate farmers under intense financial and emotional strain, with little relief in sight. (Glenn Nicholls/AFP/Getty Images)
Australia

Drought-proofing projects will soon be given A$100 million each year under a A$5 billion future fund which has passed the Senate.

Labor, which initially opposed the kitty because it repurposed dormant nation-building funds, fell in line with the government on July 24.

The Future Drought Fund will initially be worth $3.9 billion and is projected to rise to $5 billion over the next decade.

It will pay out $100 million a year, starting from July 1 next year.

Legislation passed the Senate on July 24 with a Centre Alliance amendment ensuring the committee advising the minister about grants has diverse membership.

The government supported the South Australia-based party’s push for a balance of gender, knowledge and skills, along with representatives from different drought-hit regions.

The bill will return to the lower house to be ticked off before becoming law.

Finance Minister Mathias Cormann told parliament the new revenue stream would not hurt the budget bottom line over the medium to long-term.

“This Future Drought Fund will give farmers in rural and regional communities, which have been suffering years of unrelenting drought, the tools they need to prepare for, manage and sustain their businesses,” he said.