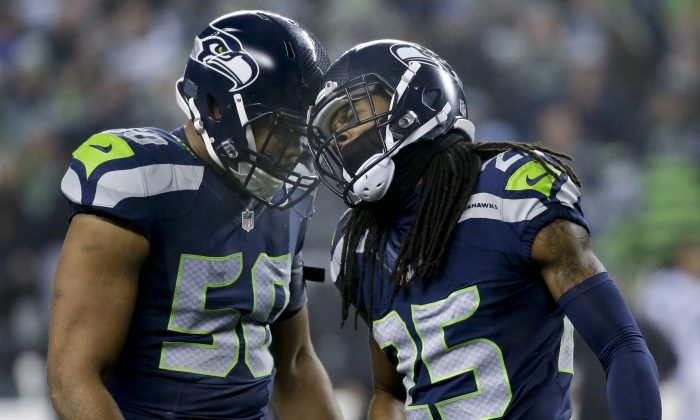 5 Best Secondaries in the NFL 2015 Preseason

This is still the best secondary in the league, bar none. With or without Byron Maxwell, the unit nicknamed the “legion of boom” still boasts three all-Pros: Richard Sherman, Kam Chancellor, and Earl Thomas. Slated to replace Maxwell is Cary Williams, formerly of the Eagles. Obviously Williams is more of a pedestrian player and pales in comparison to the big names on his unit, which leads some to believe that he could be picked on quite a bit as a weak spot in the Hawks secondary. But at the end of the day, Williams is a viable CB2 for most teams in the league. Williams does have a tendency to get beat over the top, but covering for that deficiency is what Earl Thomas and Karl Chancellor are for. So as a whole, this secondary will still be very difficult to exploit.

The stock of the Jets secondary shot straight up after they basically signed all of the top corner prospects in this year’s free agency at once. Darrelle Revis, arguably the best cornerback in the NFL, was made the highest-paid cornerback in NFL history with a 5-year $70 million contract. Antonio Cromartie and Buster Skrine are also both top-flight corners. In New York, Revis and Cromartie will play on the edges while Skrine mans the slot. So the Jets are set at corner, save for the fact that Revis and Cromartie are getting a little older (Revis 30, Cromartie 31).

But the primary reason why the Jets secondary still cannot match up with that of the Seahawks is their safeties – both Calvin Pryor and Marcus Gilchrist are average players at best. Some also consider team chemistry an issue in that virtually all of the starting secondary is coming from other teams(Gilchrist was also signed from the Chargers). It is well known however, that Revis and Cromartie played together on the Jets from 2010-2012.

When you think of the Lions, you think of Matt Stafford, Calvin Johnson, or Ndamakung Suh—the average fan wouldn’t normally consider the Lions secondary a virtue.

But it is. Darius Slay is one of the best young corners in the game, who flashed very elite play at certain points last year. Mathis—a veteran heading into his 13th season, continues to play at a high level, finishing as PFF’s 14th ranked cornerback last season. Mathis also plays the mentor role to Slay.

The Broncos secondary is expected to be another unit that will compete for the league’s best secondary in 2015.

To start off, the Broncos carry Pro Football Focus’s #1 rated cornerback—the unheralded Chris Harris Jr. Starting opposite Harris Jr. is Aqib Talib—a second team All-Pro (cue the Chris Harris isn’t even the top corner on his team complaints). And then at #3 cornerback is Bradley Roby, the Broncos 1st round pick in 2014 who is coming along smoothly in his development.

At safety, TJ Ward has been a top-tier safety for the past few seasons, with run support being a strong point in his game. Ward, Talib, and Harris Jr. were all snubbed from the NFL top 100 list earlier this year, so they will surely look to use the disrespect as fuel in the upcoming season.

At corner, the Browns possess all-NFL cornerback Joe Haden, along with Tramon Williams at the other corner spot and K’Waun Williams in the slot—both very impressive players. If 2014 8th overall pick Justin Gilbert can come around (currently buried on the depth chart), the Browns will be even more stacked at corner.

Balancing out their corners is one of the best safety tandems in the league in Donte Whitner and Tashaun Gipson: Whitner has been a high quality player in the league for a decade, and Gipson is a vastly underrated player entering his 4th season.