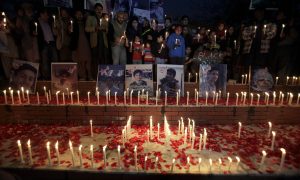 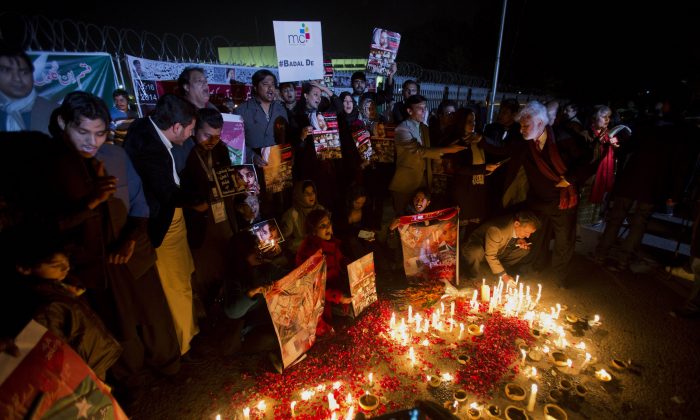 KABUL, Afghanistan—Afghan security services have arrested five men in connection with the massacre at a Pakistan military school last month that killed 150 people, most of them children, officials said Saturday.

The men, all non-Afghans, helped support the Dec. 16 assault by the Taliban at the Army Public School and College in the city of Peshawar, three Afghan officials told The Associated Press. They said the men were arrested in recent weeks near Afghanistan’s eastern border with Pakistan.

The officials spoke on condition of anonymity as they weren’t authorized to brief journalists.

The attack in Peshawar, in which seven Taliban gunmen in suicide bomb vests slaughtered children gathered in the school’s auditorium and hallways, shocked and enraged citizens across Pakistan. Though the two neighbors have long had tense relations, Afghan President Ashraf Ghani has pledged to coordinate counter-terrorism efforts with Pakistan in the wake of the school attack.

Western diplomats and military officials have said the level of cooperation between Kabul and Islamabad since then is unprecedented. One Western diplomat, who spoke on condition of anonymity to discuss intelligence matters, said those arrested by Afghanistan might be used in a prisoner swap deal with Pakistan. The diplomat did not say whom Afghanistan might receive in return.

Both countries have traded accusations of harboring the other’s militants, enabling them to plan and carry out assaults before sneaking across the mountainous shared border. Pakistan is in the midst of large-scale military campaign to root out suspected militant hideouts in its tribal region along the Afghan border.

Pakistan’s Interior Minister Chaudhry Nisar Ali Khan said no evidence had yet been found to suggest foreign involvement in the school attack.

“Some arrests have been made and we are awaiting positive and concrete details in this regard,” he said in a press conference, without giving further details.

From The Associated Press. AP writers Zarar Khan in Islamabad and Lynne O’Donnell contributed to this report.