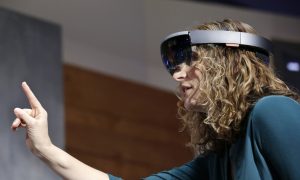 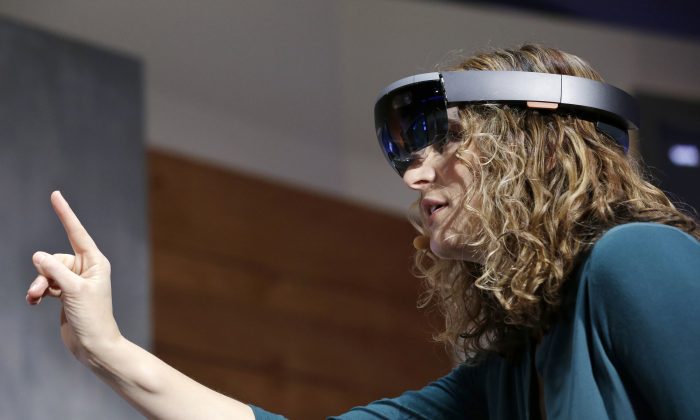 5 Amazing Features That Have Us Excited About Microsoft’s HoloLens

There were plenty of announcements to get excited about during the Microsoft Build Developer Conference this week, but HoloLens stole the show
By Jacob Siegal
biggersmaller
Print

There were plenty of announcements to get excited about during the Microsoft Build Developer Conference this week, but HoloLens stole the show.

Microsoft’s wearable holographic computer was first announced during a Windows 10 event in January, but we didn’t get much more than a general overview of the hardware.

This week, Microsoft went into much greater detail, and CNET has the scoop on the five fundamental features of HoloLens.

DON’T MISS: Microsoft’s HoloLens will be amazing, but it won’t be cheap

In the first of a series of educational demos, Microsoft showed off gaze control, which gives users the ability to direct their line of sight, represented by a red circle, at specific interactive objects in the scene. This effectively turns your gaze into a mouse cursor.

Another pillar of the HoloLens is gesture control, which you’ve probably seen if you’ve watched any videos of people using the HoloLens.

The only gesture implemented in HoloLens at the moment is called Air Tap, which, once again, turns a part of your physical body into a mouse-substitute by allowing you to “click” on augmented reality objects in the environment.

But the feature that CNET was most impressed with was the spatial mapping capability of the HoloLens:

“Because the HoloLens is packed to the brim with sensors and cameras that help it see and understand the environment, we were able to turn everything around us within a certain focal distance into a wire-frame object, letting us see the world as the HoloLens perceives it.”

For more on the fascinating features of the HoloLens, be sure to check out CNET’s full article.