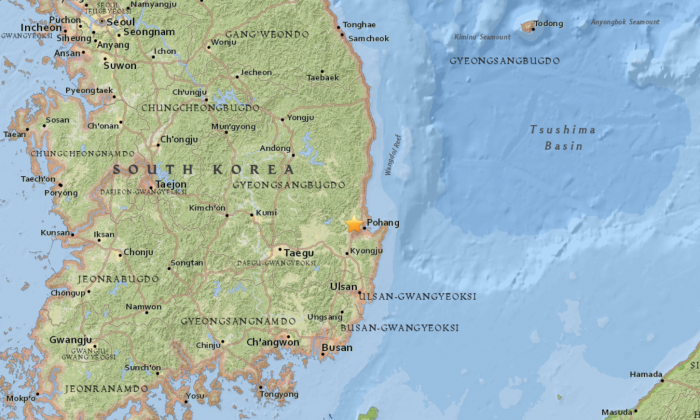 A 5.4 magnitude earthquake struck close to the city of Pohang on the southeastern coastline of South Korea around 2:29 p.m. local time, Yonhap News Agency reported.

The tremors were felt as far as the South Korean capital Seoul some 170 miles away.

Residents in Pohang city, that is just 5.6 miles from the epicenter of the quake, were told to evacuate.

So far, there have been no reports of human casualties.

There are nuclear power plants and industrial facilities in the area. No damage to them has been reported.