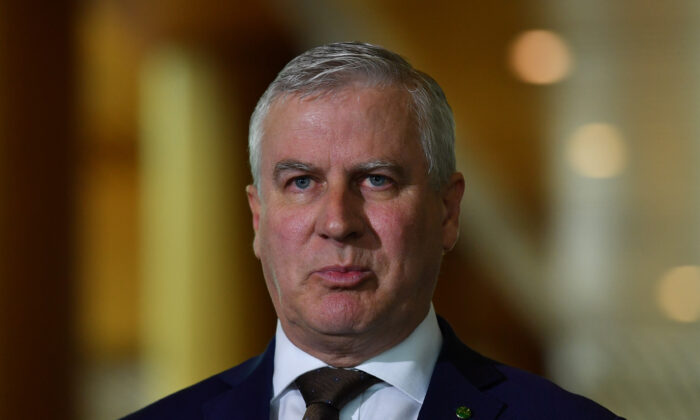 The federal government has announced it will inject a further $5.5 billion into 1700-km Inland Rail, one of the country’s largest infrastructure projects, in a bid to deliver a more reliable and efficient fast freight network.

The increased investment, from an equity injection into Australian Rail Track Corporation (ARTC), is also estimated to create thousands of jobs and generate $2 billion in extra economic activity with the improved design of the project including nine additional viaducts, 4,500 additional culverts, 6.8 kilometres of extra bridges, 450 kilometres of additional fencing, as well as the removal of 139 level crossings.

Deputy Prime Minister and Infrastructure Minister Michael McCormack said the enhancements would not only lead to a more efficient freight rail line but also bring a significant boost for regional communities and businesses.

“Inland Rail is a jobs bonanza,” McCormack said in a joint statement on Dec. 16.

“These enhancements to the Inland Rail network will deliver more contracts for local businesses and more work for Australians at a time when we need them most,” he said.

The project is expected to support 21,500 jobs at the peak of construction, which is due in 2024.

Spanning 1,700km and running through 36 local government areas across Queensland, NSW and Victoria, the Inland Link is one of the priority infrastructures for the federal government that will eventually lead to a boost of more than $18 billion in GDP during construction.

“This world-class freight rail line from Melbourne to Brisbane will be the ‘spine’ of the national freight network, enabling travel between Melbourne and Brisbane in less than 24 hours, while connecting major ports and all mainland state capitals,” McCormack said.

Finance Minister Simon Birmingham expects the investment in Inland Rail to be a game-changer to how freight is moved within Australia.

“We’re going to have a mammoth freight task into the future—our urban freight task alone is expected to increase by nearly 60 per cent over the next two decades—and enhanced Inland Rail will ensure we have the capacity to meet Australia’s future freight needs,” he said in the joint statement.

Serving as a second link between Queensland and the southern states, the new network will provide a 200km shorter route than the existing coastal Melbourne to Brisbane track.

Inland Rail CEO Richard Wankmuller welcomed the announcement, saying the additional investment will provide further certainty to meet the increasing freight needs and take the load off the congested roads.

“Inland Rail is one of the largest infrastructure programs undertaken in Australia, and I have said from the outset that we want to get it right in terms of consultation, design and outcomes for the community and our rail customers,” he said in a statement on Dec 16.

“Inland Rail is a project that is being built by Australians for Australians, ” he continued. “This further investment will enable us to deliver the project to its fullest potential.”

The first section of the line between Parkes and Narromine in NSW is now completed, and work has started on the 171km stretch from Narrabri to North Star section.

The first trains to run the full route are expected to make the journey in 2027.