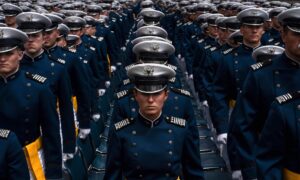 2020 Election Landscape Being Altered by the Pandemic
0
5.1 Million Pounds of Beef Recalled After People Get Sick: USDA
US News

5.1 Million Pounds of Beef Recalled After People Get Sick: USDA

A beef-producing firm said it is recalling 5.1 million pounds of raw beef that might be contaminated with salmonella, said the United States Department of Agriculture’s Food Safety and Inspection Service (USDA) in a release on Dec. 4.

The recalled beef products were produced and packaged by JBS Tolleson Inc. between July 26 and Sept. 7, according to the agency. The products were distributed nationwide to Kroger, Cedar River Farms, Grass Run Farms, and JBS. Today.com noted that the beef may have been shipped to Walmart, Winn Dixie, and Sam’s Club.

It’s an expansion of a recall that was first initiated in October for the same reason—a possible salmonella contamination.

The beef products should be thrown away or returned to the place of purchase, said the USDA. The products subject to recall have the establishment number, “EST. 267,” inside the USDA mark of inspection. These items were shipped to retail locations and institutions across the United States.

There have been 246 confirmed salmonella cases from 25 states between Aug. 5 and Oct. 16, the agency said. Meanwhile, 16 additional patients “have provided receipts or shopper card numbers for the product traceback investigations,” said the USDA.

The USDA said it is concerned some products might be kept frozen in consumers’ freezers. Consumers are urged not to consume them.

According to the agency, “The illness usually lasts 4 to 7 days. Most people recover without treatment. In some persons, however, the diarrhea may be so severe that the patient needs to be hospitalized. Older adults, infants, and persons with weakened immune systems are more likely to develop a severe illness. Individuals concerned about an illness should contact their health care provider.”

A list of products can be accessed here (pdf) and their labels can be seen here (pdf).

Meanwhile, last month, at least one person died in the salmonella outbreak linked to raw turkey, according to The Associated Press.

The Centers for Disease Control and Prevention said the death was in California but didn’t have any immediate details. Since last November, the agency said 164 people have fallen ill in 35 states, with the most recent case being reported on Oct. 20.

No products have been recalled, and the agency hasn’t recommended that people avoid turkey. But it said it believes the outbreak is widespread and ongoing, and it reminded people to properly cook and handle turkey with Thanksgiving approaching.

“We are still seeing new illnesses being reported on a weekly basis,” said Colin Basler, an epidemiologist with the CDC.