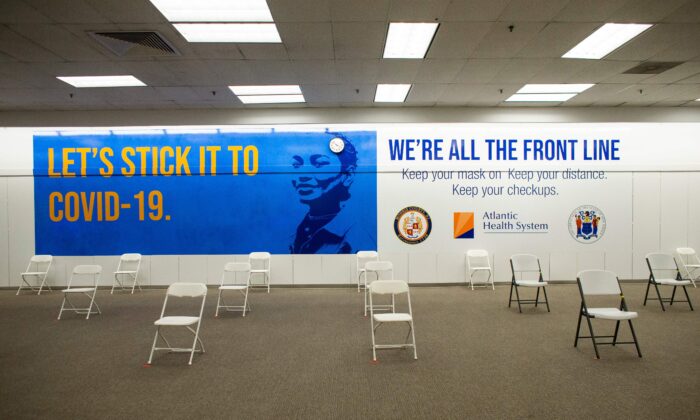 A sign is displayed in the registration area of a COVID-19 vaccination site at the Townsquare Mall in Rockaway, N.J., on Jan. 8, 2021. (Kena Betancur/AFP via Getty Images)
By Zachary Stieber