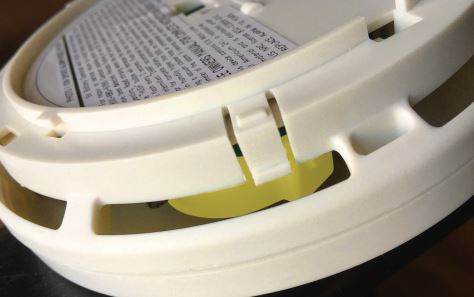 452,000 Smoke Alarms Sold in US Recalled Over Defect

Almost half a million smoke alarms have been recalled due to a defect that could cause the alarms not to go off even if there’s a fire.

The US Consumer Product Safety Commission announced the recall on Wednesday, saying there is a “risk of failure to alert consumers to a fire.”

About 452,000 units, manufactured in China, were sold in the United States with an additional 40,000 sold in Canada.

“A yellow cap left on during the manufacturing process can cover one of the two smoke sensors and compromise the smoke alarm’s ability to detect smoke, posing a risk of consumers not being alerted to a fire in their home,” the commission stated.

#Recall: About 452,000 Kidde (@kiddesafety) dual-sensor smoke alarms; Risk of failure to alert consumers to a fire. If a yellow cap is present, get a free replacement smoke alarm. CONTACT: 833-551-7739 or https://t.co/l1pd4s4an8. Full recall notice https://t.co/DVNhF9fakb pic.twitter.com/OQjboYKAA3

The PI2010 model is hardwired and AC while the PI9010 is battery powered and DC.

The manufacturer is listed as Fyrnetics Limited of Hong Kong, China.

They were sold at Menards, The Home Depot, Walmart, Amazon.com, ShopKidde.com, and other department, home, and hardware stores nationwide as well as other websites.