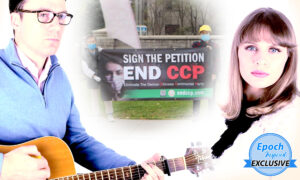 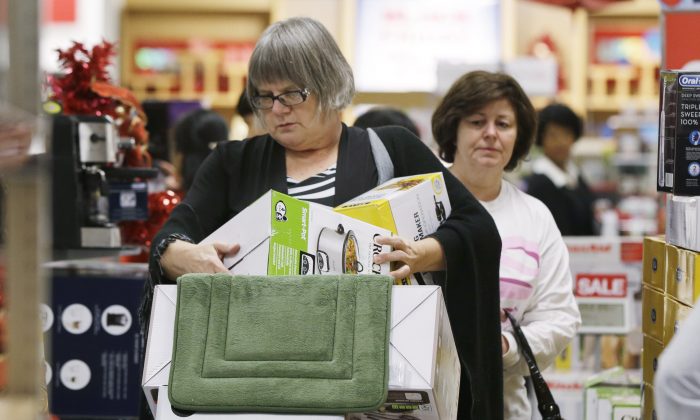 For two years running now, people are falling for The Onion’s satirical article, “42 Million Dead In Bloodiest Black Friday Weekend On Record.” A shopper struggles with boxes as she loads a cart in an aisle at a Kohl's department store in Sherwood, Ark., Thanksgiving evening Thursday, Nov. 27, 2014. Early-bird shoppers headed to stores on Thanksgiving in what's becoming a new holiday tradition. (AP Photo/Danny Johnston)
Life & Tradition

“Law enforcement officials said the bloodbath only escalated throughout the weekend as hordes of savage holiday shoppers began murdering customers at Wal-Mart, Sears, and JCPenney locations nationwide, leaving piles of dismembered and mutilated corpses in their wake,” the satire reads in part.

And for some reason, people apparently believed it again. “The Onion has run this story like 3 years in a row and it’s still reeling people in,” one person commented on the site’s Facebook page.

Here’s the Onion’s disclaimer: “The Onion is a satirical weekly publication published 52 times a year on Thursdays. The Onion is published by Onion, Inc. The contents of this material are © Copyright 2010 by Onion, Inc. and may not be reprinted or re-transmitted in whole or in part without the express written consent of the publisher. The Onion is not intended for readers under 18 years of age.”

It adds: “The Onion uses invented names in all its stories, except in cases where public figures are being satirized. Any other use of real names is accidental and coincidental.”