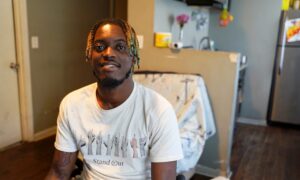 Escaping the Grip of Chicago’s Gangs
0 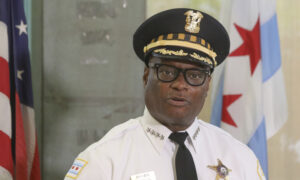 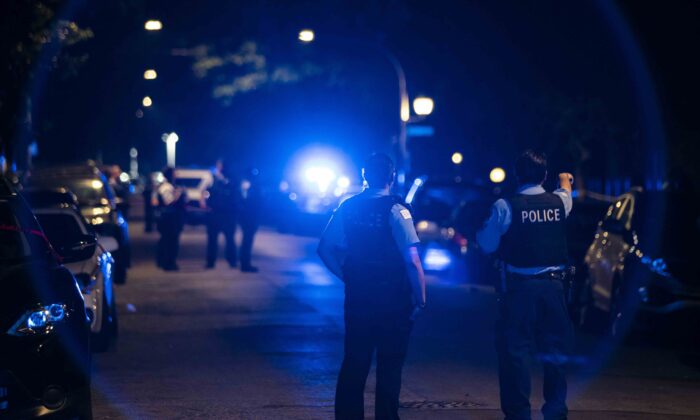 40 Shot, 4 Dead, in Chicago Over Past Weekend: Police

Four people were killed and at least 36 others were injured in separate shootings across Chicago during the past weekend, officials said on Monday morning.

The latest fatal shooting occurred on Monday on the South Side’s Grand Crossing, police told the Chicago Sun-Times. In that incident, a 22-year-old man was shot in the chest at around 3 a.m. before he was taken to a nearby hospital, where he was pronounced dead.

Another man was shot and killed on the Southwest Side’s Marquette Park area, police told the paper. Officials responding to gunshots at around 2:59 a.m. found a 31-year-old man unresponsive before he was rushed to a nearby hospital and was later pronounced dead at the facility.

On Saturday morning, a man was shot and killed and two others were injured in a shooting on Saturday. Someone shot the three at 3:53 a.m. in Englewood on the South Side. The fatal shooting victim was identified as 29-year-old Keith Richmond of Austin, police told the Sun-Times.

And about an hour earlier, a 20-year-old man, Hugo Tecomateco, was shot and killed on the Northwest Side, officials said.

Three teens were also shot over the weekend, ranging from 14 to 17 years old, authorities told ABC7 in Chicago.

In July, President Donald Trump announced he will send federal agents to cities including Chicago to combat crime in the midst of a spike in crime and violence across the United States.

“To look at it from any standpoint, the effort to shut down policing in their own communities has led to a shocking explosion of shootings, killings, murders, and heinous crimes of violence. This bloodshed must end,” the president said, adding that the crime is being caused by the “movement to defund, dismantle, and dissolve our police departments.”

A website that compiles media reports noted that more than 460 homicides have been reported so far in 2020 in the city.

According to an analysis, Chicago saw about 105 murders in July 2020, which is more than double the 44 murders that were reported in July of last year. Last month was the deadliest month in Chicago in 28 years, according to the analysis.