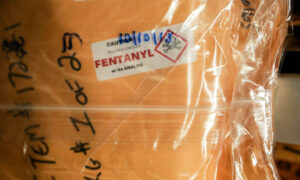 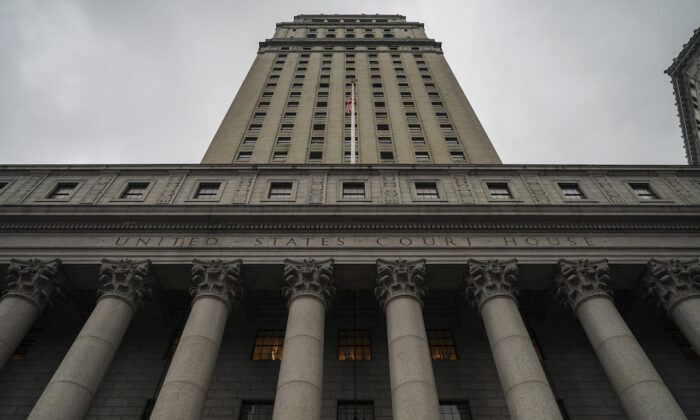 Forty people have been indicted for their involvement in a massive drug trafficking ring that operated on Long Island, following an 18-month long takedown dubbed by Nassau County, New York officials as “Operation Honeycomb.”

Authorities said Monday that the major narcotic trafficking ring operated in the Hempstead area including out of illegal daycare centers.

Nassau County District Attorney Madeline Singas said her office and the Bureau of Alcohol, Tobacco, Firearms, and Explosives (ATF) Task Force began an investigation in 2019 amid a spike in drug dealing and violence, and last year, amid an increase in drug overdoses.

The DA’s office and ATF investigators identified nine individuals as alleged “major” traffickers, and as distributing high-value narcotics as far away as Puerto Rico and California, as well as Virginia, Pennsylvania, New Jersey, Massachusetts, and Connecticut.

The charge of operating as a major trafficker carries a potential maximum sentence of 25 years to life. The designation requires the aggregate value of narcotics possessed or sold by the trafficker to exceed $75,000 during a period of six months or less.

“This massive multi-agency takedown strikes a heavy blow to the narcotics trafficking infrastructure in our region,” Singas said in a statement. “We recovered huge quantities of drugs, stockpiles of weapons, and 40 drug traffickers and dealers have been indicted for their alleged roles in this dangerous network. I’m grateful to our partners for their work and incredible perseverance to protect our communities.”

Two of the suspects, Lex Lloyd, and an un-apprehended co-defendant conducted their narcotics business from two illegal daycare centers in Hempstead and Rosedale, officials allege.

“Children were eating and playing and being cared for in the same space where cocaine was being packaged,” Singas said.

In total, investigators seized more than $2.7 million in narcotics including, cocaine, heroin, and fentanyl, 38 firearms, and more than $380,000 in cash.

The operation was given its name because a large volume of drugs was allegedly packaged and stored at a defendant’s home that was frequently referred to as the “honeycomb” by co-defendants in wiretapped calls.