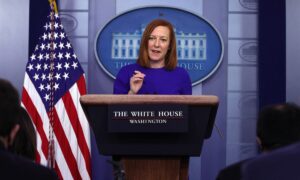 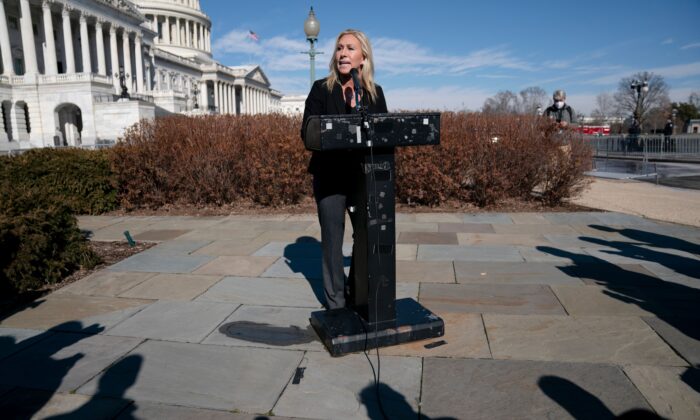 The procedural tactic failed by a 235–149 vote as 40 GOP lawmakers joined the Democrats to vote against her motion to adjourn. Greene had decried the stimulus legislation on March 9 as a “woke progressive Blue State Bailout.”

Greene also sent a warning to House Republicans that should they vote with Democrats, they would be seen as joining them.

“I just made a motion to adjourn to stop Congress from passing the $1.9 trillion dollar massive woke progressive Democrat wish list,” she wrote on Twitter an hour earlier. “The GOP has messaged against this ridiculous bill. We should do everything to stop it. Pay attention if Rs vote to adjourn. Or with the Dems.”

Rep. Jim McGovern (D-Mass.) said on the House floor that Greene’s motion was an attempt to try to “delay getting aid to the people, including their constituents who are in desperate need.”

The House on March 10 gave final approval to the so-called American Rescue Plan. President Joe Biden is expected to sign it into law on March 12.

The bill will provide $1,400 stimulus payments to qualifying individuals and children, provide $300 weekly unemployment benefits until September, and will provide hundreds of billions to state and local governments.

“This nation has suffered too much for much too long,” Biden told reporters at the White House after the Senate voted to approve the measure over the recent weekend. “And everything in this package is designed to relieve the suffering and to meet the most urgent needs of the nation, and put us in a better position to prevail.”

No Republicans voted in favor of the measure in the Senate or when it initially passed the House, underscoring the partisan environment on Capitol Hill.

Republicans call the measure a wasteful spending spree for Democrats’ liberal allies that ignores recent indications that the pandemic and economy are turning the corner.

In recent weeks, Greene, a freshman legislator who was stripped of her committee assignments, has employed a strategy of using procedural votes to delay congressional business.