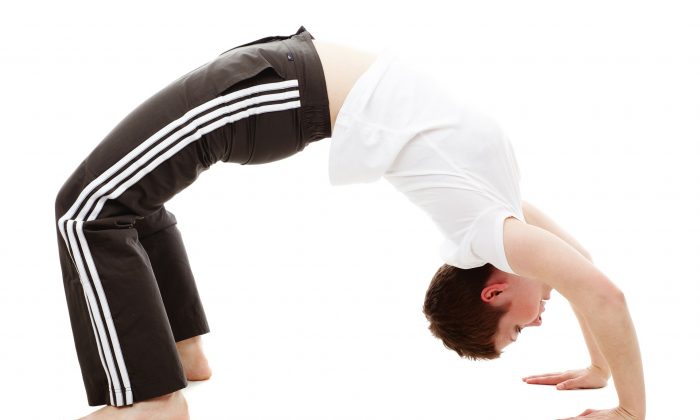 A 4-year-old girl may be paralyzed for life in her lower limbs after performing a risky stretch at an unlicensed dance studio in China.

CCTV footage captured the moments leading up to Xiao Bao’s injury. The video shows the young girl falling backward after performing a “back bridge” stretch at a dance studio in Zhengzhou, Henan Province. She later performs two other back stretches, before staying on the floor apparently unable to get up.

Local media reports that Xiao Bao was taken to a hospital after her teachers discovered that she had lost feeling in her legs. She was reportedly also showing signs of incontinence.

Doctors at Zhengzhou Children’s Hospital said the girl had not fractured or dislocated her spine, but had seriously injured it, likely as a result of performing further stretches to the back after the initial fall, reports say.

Head of Neurosurgery, Doctor Qi Lin, told media that “the prognosis was not looking good.”

“There’s a real chance this child could be paralyzed for life in her lower body,” she said.

According to reports, Xiao Bao’s parents only later discovered that the dance studio did not have a license to operate, and neither were the teachers accredited dance trainers.

The Vice-President of the Hunan Dancer’s Association, Jing Ke, told local outlets that the 4-year-old was performing a move that should only be attempted by children over the age of 7 to 8.

“The problem with this dance school arose from how it organized its classes,” he said

“From the ages of 6 to 8, children are usually unable to perform a ‘back bridge’ on their own. This move is usually first attempted only after a child turns 7 or 8.”

The Daily Mail reported that the dance school offered $1,574 as compensation for the girl’s injury, but is understood to be increasing the sum.