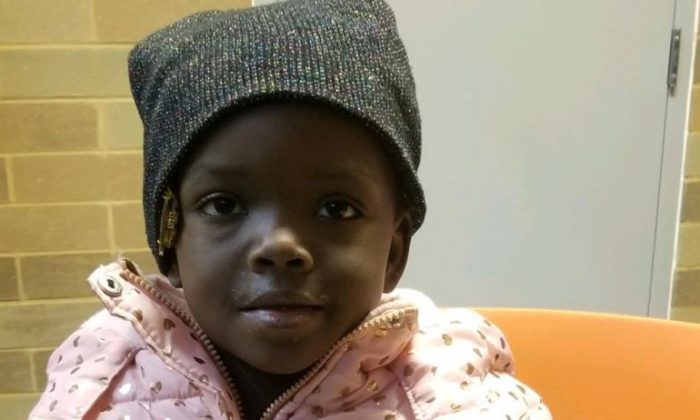 This 4-year-old girl was found wandering the streets of Detroit, and now police are asking the public for help find her family. (Detroit Police Department)
US News

A 4-year-old girl has been found wandering around Detroit, and now police are asking the public for help.

The child was discovered by two good Samaritans near Lakewood and Avondale streets before she was taken to police on the evening of Jan. 4, ClickonDetroit reported.

Police are asking for the public's help in identifying and locating the family of a 4-year-old child found wandering Friday night.

Police do not know who the girl’s parents are, as patrol units couldn’t locate them, WXYZ reported.

Now, officials are asking the public to help identify and locate the girl’s family.

Officials could not immediately confirm what time on Friday the child was found, according to the Detroit News.

It was about 38 degrees as of Friday night in Detroit, according to The Weather Channel.

Anyone with information can call the Detroit Police Department at 313-596-5501.

The child’s name was not released to the public. Other details about the case are not clear.