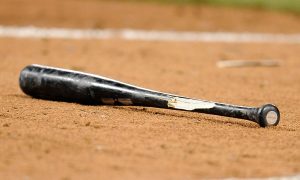 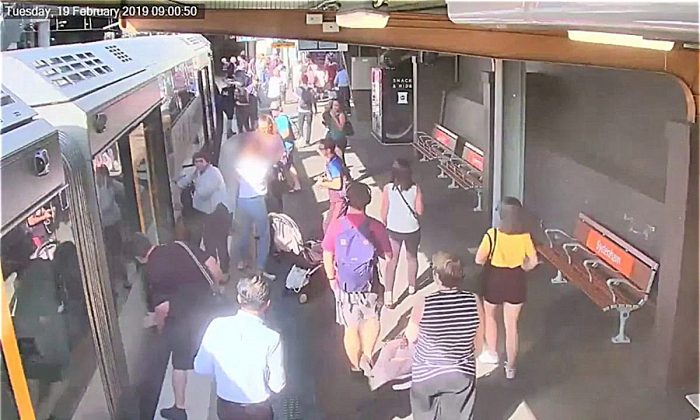 People look down between a train and platform, as a boy fell through train gap, in Sydney, Australia on Feb. 19, 2019, in this video grab obtained by Reuters on July 2, 2019. (Sydney Trains/via Reuters)
Australia

In a video that could certainly be every parent’s nightmare, an Australian 4-year-old slipped in the gap between the train and the platform at Sydenham station in Sydney.

The footage originally from February this year was released by Transport for New South Wales (NSW) on July 2 as a warning to parents commuting with children during the vacations, reported Reuters.

“School holidays are naturally an exciting time for many families, but sadly it is also a time when the number of accidents on the network dramatically increases,” Andrew Constance, the transport minister of New South Wales, said in a statement, according to 9News.

The dramatic video shows the woman pushing a stroller toward the open doors. As she prepares to lift the stroller onto the train, the child walking beside her plunges into the gap between the woman and the train.

The woman then raises her arm to draw the attention of station staff, while passersby pull the apparently unharmed child back onto the platform.

“As a parent, I know how hard it can be to juggle travel with young children, but a simple thing such as holding your child’s hand when moving around stations and boarding a train can help prevent them from being seriously injured or worse,” Constance told 9News.

The woman’s face was blurred in the footage and a government spokesman said she could not immediately be reached for comment.

SHOCKING: Authorities are issuing a fresh safety warning after a four-year-old boy fell in the gap between a train and the platform in Sydney. Thankfully, the child escaped unharmed. #9News pic.twitter.com/ftdwYMvIce

According to 9News, 200 children were injured across train networks in Australia last year and 68 of them were cases of children slipping in the gap between the train and the platform.

In another clip released by the government, a child falls face first after tripping in the gap between train and station while disembarking.

Dramatic escape as boy, 2, falls between train and platform in Australia pic.twitter.com/opxHv27NVB

A third shows a young person running down the station stairs, only to trip and fall down several steps before hitting a handrail post.

“The most important message I’d like to share with parents is please don’t rush around stations or platforms,” he added.

#NSTworld: Australia released hair-raising security images on Tuesday of a child falling between a train station platform and a train, as a reminder to parents to stay vigilant during the busy school holidays.https://t.co/VXTRvhFQww

This is not the first time that Constance launched such campaigns, Transport for NSW released videos last year of similar incidents.

The videos last year were released to warn people about the increasing number of incidences of accidents involving children on the track, particularly of them slipping in the gap between the train and the platform, reported the Daily Mail.

“Please keep an eye on your little ones everywhere, but especially while traveling on our trains,” said Constance in last year’s campaign according to Daily Mail.

“One moment of inattention can lead to a potentially fatal incident. We’ve seen some truly distressing moments involving children and nobody wants to go through the experience of a child slipping between the train and a platform,” he said.

In 2010, a 15-month-old boy escaped with only minor cuts and bruises when an approaching train hit his stroller, which had rolled over the edge of the platform.

Transport for NSW manages the transport services in the state of New South Wales, Australia, but the video certainly has mass appeal and has caught the attention of global media.