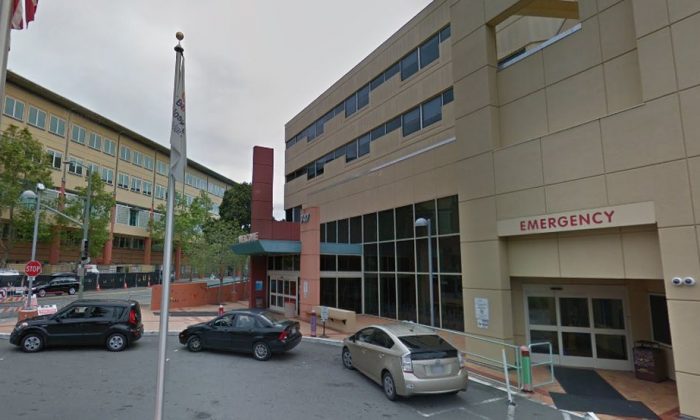 A 4-year-old boy accidentally shot himself several weeks ago in Oakland, California, is apparently recovering. His mother credits divine intervention and suggested his recovery is miraculous.

Na’vaun Lamarii Price Jackson, the boy, found a gun under a pillow on March 27 where his mother’s estranged boyfriend, Terrence Wilson, lived. Wilson said that he slept with a gun underneath his pillow and forgot to secure it, KTVU reported.

After the shooting, doctors told his family that he might not ever be able to walk again or worse, he might be brain dead. He was immediately placed on life support and was placed in a medically induced coma, according to the report.

In mid-April, however, his family posted videos on Facebook that show him exiting the hospital’s intensive care unit at the UCSF Benioff Children’s Hospital in Oakland. The boy isn’t yet talking but can sip from a straw.

The video also showed that Band-Aids were placed between his eyes. The boy has been able to move around in a wheelchair.

“He’s breathing on his own, he’s doing something different every day,” his mother, Brijjanna Price, told KTVU

“Everything the doctors [were] saying,” Price said, “God says different.”

In a GoFundMe update on April 16, his grandfather, Ramon Price, said doctors had to operate again, describing it as “successful.” He said now “we can concentrate on his physical therapy and helping him to get well.” He then thanked people for the support.

Price said in another update, “He still has a long road ahead. Thank you for all your love and support. Please continue to pray,” according to SFGate.

“What a Mighty God we serve,” he wrote alongside photos of the boy awake in bed. “Prayer really does change things. From ICU to physical therapy. Please continue to lift my grandson myself and the rest of my family up in prayer.”

#ONLYON7 The young Oakland boy who accidentally shot himself in the head is awake and responsive after nearly dying. His mother and family provided us with photos and videos of young Na’Vaun Price Jackson and talk about the long road ahead on @abc7newsbayarea at 5 and 6. #abc7now pic.twitter.com/CyHM3Hmjv0

“We maintain our faith and pray that things will turn out and he will leave (the hospital), but with the extent of his injuries, he’ll never be the same,” another family member added, according to CNN.

Wilson was arrested in the shooting and was charged on suspicion of child abuse, having a gun as a felon, and criminal storage of a gun, reported SFGate.

Brijjanna Price indicated that she won’t return to Wilson’s home.

4-year-old California boy who accidentally shot himself in the head wakes from coma https://t.co/6e2v9nEyEJ pic.twitter.com/91cpEB7T7F

“I don’t even plan on talking to anyone associated with that house,” she said.

Na’vaun’s father, Nathan Jackson, has attempted ton petition Gov. Gavin Newsom so he can be released from prison but has been unsuccessful.

Family members said it will take months to figure out whether the boy will be able to walk and talk again. But they’re trying to keep the child’s spirits up.

“I’m not talking yet, but I’m stronger,” his grandfather said, KTVU reported. “I just wanted to let the world know that he is doing well. Keep praying please.”