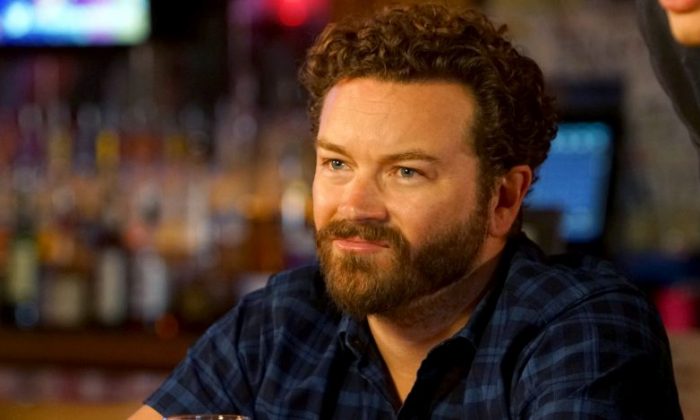 Danny Masterson speaks during a Launch Event for Netflix "The Ranch: Part 3" hosted by Ashton Kutcher and Danny Masterson at Tequila Cowboy on June 7, 2017 in Nashville, Tennessee. (Photo by Anna Webber/Getty Images for Netflix)
Entertainment News

The Los Angeles Police Department’s investigation of “That 70s Show” star Danny Masterson has stalled after four women accused the star of raping them in the early 2000s, according to a report from The Huffington Post on Thursday.

A woman filed a report with the LAPD back in 2004 alleging that Masterson, who played Steven Hyde on the show, assaulted her when she was passed out. Three other women allegedly reported their incidents with the Church of Scientology. Masterson, along with the women, belong to the church, HuffPost reported.

Andrew Brettler, who is a lawyer at Lavely & Singer for Masterson, told Fox News that the LAPD closed the 2004 case against Masterson after its investigation concluded.

The police department reopened the case in 2017 after reports emerged after Leah Remini’s anti-Scientology series, “Scientology and the Aftermath.”

HuffPost reported that the Los Angeles County District Attorney’s Office started looking into the case against Masterson after police sent it to them. The DA’s office has not decided to charge the 41-year-old actor with a crime.

Sources close to the LAPD and the DA’s office told HuffPost that there is “compelling” evidence that he committed the assaults in the early 2000s. According to the report:

“The evidence includes audiotapes, emails sent to and from Scientology officers at the time the alleged rapes happened, forensic computer evidence and a threatening handwritten letter Masterson sent to one of the alleged victims, according to two people with knowledge of the evidence in the district attorney’s possession.”

In March 2017, after the allegations against Masterson resurfaced following “Scientology and the Aftermath,” he denied them. At the time, said, via a rep, to Variety that the “false allegations appear to be motivated to boost Leah Remini’s anti-Scientology television series.”

“We are aware of [the alleged victim’s] 16-year-old allegations. It was only after [the alleged victim] was in contact with Leah Remini that she made allegations of sexual assault by Mr. Masterson. The alleged incident occurred in the middle of their six-year relationship, after which she continued to be his longtime girlfriend. Significantly, during their long relationship she made numerous inconsistent claims that she was previously raped by at least three other famous actors and musicians,” the statement reads.

“When Danny ended the relationship she continued to pursue him, even making threats to beat up his current wife Bijou Phillips unless she left him. In fact, we are informed by the Church that the only demand [the alleged victim] made of the Church after Danny broke up with her was asking for their help to intervene so the breakup would not be permanent.”

“We are aware also that approximately 14 years ago a woman referred to in the blog made allegations of sexual assault and that the LADP interviewed numerous witnesses and determined the claim had no merit. Based on reading the anti-Scientology blog that posted this story, these false allegations appear to be motivated to boost Leah Remini’s anti-Scientology television series since [the alleged victim] only came forward after connecting with Leah Remini.”

The Church of Scientology has not responded to the HuffPost’s article yet.

Masterson currently stars in the Netflix series “The Ranch.”