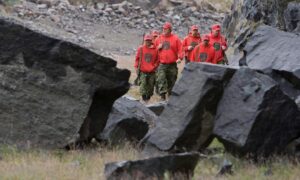 'This Is a War': Military Fight Against COVID-19 Will Be Anything but Easy
0 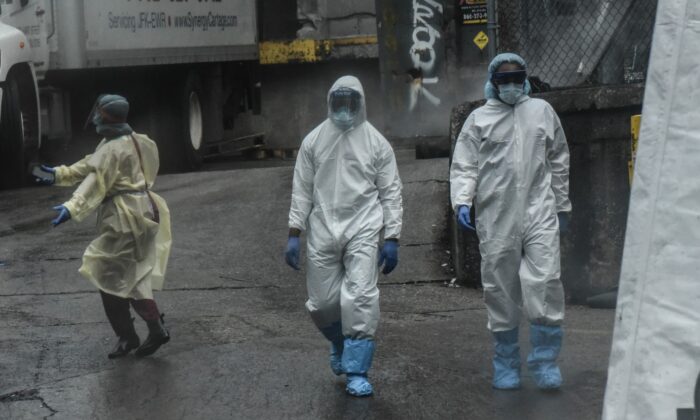 Medical workers approach a refrigerator truck being used as a morgue outside of Brooklyn Hospital Center amid the coronavirus pandemic in New York City, on April 3, 2020. (Stephanie Keith/Getty Images)
AMERICA

Four states in the United States reported no new deaths related to the CCP virus on Tuesday, according to national pandemic reports.

Hawaii, Montana, Wyoming, and South Dakota reported no new deaths on Tuesday, as pandemic statistics showed new fatal cases in all other states, according to worldometer.

The total confirmed cases around the country were over 620,000 and total deaths were over 27,000 as recoveries also increased to over 47,000 as of Wednesday afternoon.

“We have learned facts that are helping to control the virus. What we have also learned it that we can’t hermetically seal society. We know more each day and will use that knowledge to inform every decision we make,” New York State Governor, Andrew Cuomo said in a message on Twitter on Tuesday.

Governors of seven states, including New York, New Jersey, Connecticut, Rhode Island, Delaware, Pennsylvania, and Massachusetts joined each other by telephone on Monday to create a multi-state partnership that will check the possibilities of re-opening the economy.

The six Democratic governors and the one Republican governor of Massachusetts plan to create a reopening task force that will study how to safely restart business and allow people to resume to work.

The task force will contain three people from each state including a health official, one economic development official, and each governor’s chief of staff.

“New York is partnering with these five states to create a multi-state council that will come up with a framework based on science and data to gradually ease the stay at home restrictions and get our economy back up and running,” Governor Cuomo said in a statement.