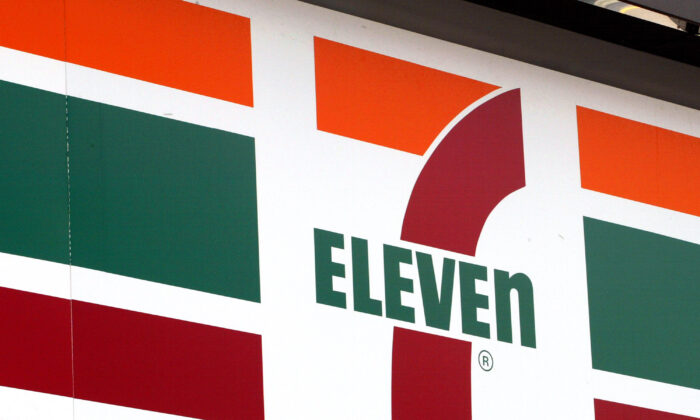 BREA, Calif.—A rash of robbery-shootings at four Southland 7-Eleven stores left at least two people dead Monday, with police saying some of the crimes appear to be related.

The robberies and shootings occurred on July 11—or 7-11—in which visitors to any of the company’s stores can receive a free small slurpee.

Brea police said they responded at 4:17 a.m. to a 7-Eleven store at Lambert Road and North Brea Boulevard and found a male store clerk fatally shot in what officers determined to be a robbery.

According to Brea police, that shooting is believed to be related to another shooting that occurred a short time later in La Habra.

La Habra police responded at 4:55 a.m. to a robbery at a 7-Eleven store at 381 E. Whittier Blvd., La Habra police Sgt. Eric Roy said. When officers arrived they found two victims with gunshot wounds who were taken to a hospital by Los Angeles County Fire Department paramedics, he said

Both of the victims in the La Habra shooting were expected to survive, Roy said.

At a late-morning news conference, Brea police Capt. Phil Rodriguez said, “Based on some preliminary evidence we do believe it is possibly the same suspect.”

He said investigators were looking into possible connections to 7- Eleven shootings Monday morning in Santa Ana and Riverside.

“We are aware of other incidents that have occurred in the southland at 7-Elevens,” Rodriguez said. “We obviously at this point can’t confirm whether they are connected, but we assure you our detectives are looking into that.”

Santa Ana police said 24-year-old Matthew Rule of Santa Ana was fatally shot at 3:25 a.m. outside a 7-Eleven store in the 300 block of East 17th Street.

Police found Rule in the parking lot with a gunshot wound to the upper body, Santa Ana police Sgt. Maria Lopez said. The victim was pronounced dead at the scene.

The suspect apparently never entered the store in Santa Ana and it appears he robbed Rule, Lopez said. It wasn’t clear if Rule was a customer of the store or why he was there, Lopez said.

Based on surveillance photos of the suspect in the Brea and La Habra shootings, Santa Ana police said they believe it is the same suspect in Santa Ana, Lopez said.

And, in Riverside, a customer was shot about 1:50 a.m. in what police described as an apparent robbery at a 7-Eleven store at 5102 La Sierra Ave., according to Riverside Officer Ryan Railsback. Police said the victim in that shooting was in grave condition.

“The suspect entered the store, brandished a firearm and robbed the clerk, then shot a customer before fleeing the store on foot,” Railsback said.

In Upland, a 7-Eleven store at 2410 W. Arrow Route was robbed at 12:40 a.m., police said. Investigators in Upland were huddling with other agencies to see if there was a connection.

The 7-Eleven company issued the following statement about the shootings:

“Our hearts are with the victims and their loved ones. We are gathering information on this terrible tragedy and working with local law enforcement.”

Anyone with information helpful to investigators was asked to call Brea police Detective Alfred Rodriguez at 714-671-4438 or alfredr@cityofbrea.net.