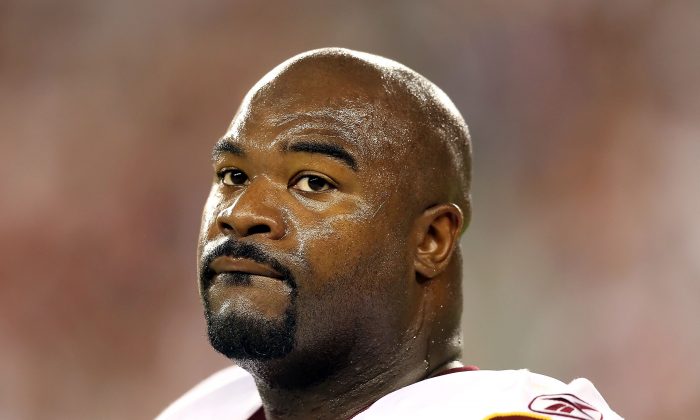 Remember when Ndamukong Suh was the biggest catch in free agency? It was just a year ago when the Dolphins handed the former Detroit Lions defensive tackle a six-year, $114 million deal. The result? Miami went from an 8–8 team in 2014 to a 6–10 debacle in 2015.

Not what they were hoping.

The lesson? Overpaying in free agency is a risky business. There are a lot of reasons players change teams for big dollars and end up becoming a liability for their new team.

In 2009, the Washington Redskins gave free agent defensive tackle Albert Haynesworth a seven-year, $100 million contract to help shore up their defense. Haynesworth, who thrived with the Tennessee Titans in a 4-3 defensive alignment scheme, struggled in Washington’s 3-4 scheme and was traded after just two seasons.

Was the scheme the only reason he struggled? Probably not. He lasted just one more season in the league after the Redskins dealt him away.

Traditionally, the best years for most players are in their 20s—save for quarterbacks, who have a much longer career expectancy than any other position. Generally, veteran skill players in their 30s should expect a drop-off in production, although they’re normally expecting a pay increase instead.

Ahman Green was one of the best running backs in the league when he was with Green Bay during 2000–06. Green ran for over 1,000 yards in six of his seven seasons with the Packers. Following the 2006 season, the then 30-year-old Green signed a four-year, $23 million deal with Houston but never lived up to his contract. The former third-round pick of the 1998 draft ran for a total of 554 yards—averaging 3.8 yards per carry—in two seasons with the Texans before being released.

Yes, this is a category unto itself.

Brown got a five-year, $12.5 million deal—which was pretty big 20 years ago—after going to zero Pro Bowls and not making any All-Pro teams. He struggled mightily in Oakland, starting just one game in two years, before they got rid of him.

Howard got a four-year, $6 million contract the following season, but he too was jettisoned after just two seasons.

The contract was the biggest in NFL history at the time, even though O’Donnell had just one Pro Bowl selection to his résumé. The results were predictable: O’Donnell lost his starting job in his second season with the Jets, while posting an underwhelming 8–12 record as starter.

When tight end Julius Thomas left Peyton Manning and the Denver Broncos for the Jacksonville Jaguars a year ago for a five-year, $46 million deal, did anyone think he was going to thrive without Manning throwing to him? Of course not.

Thomas made consecutive Pro Bowl trips in 2013 and 2014 with Denver, while hauling in 12 TD passes each year. In his lone season with Jacksonville, he caught 5 TD passes and missed out on the Pro Bowl.

Neither player’s production has fallen totally off a cliff, but neither receiver has put up quite the same numbers without a future Hall of Fame quarterback throwing to them.