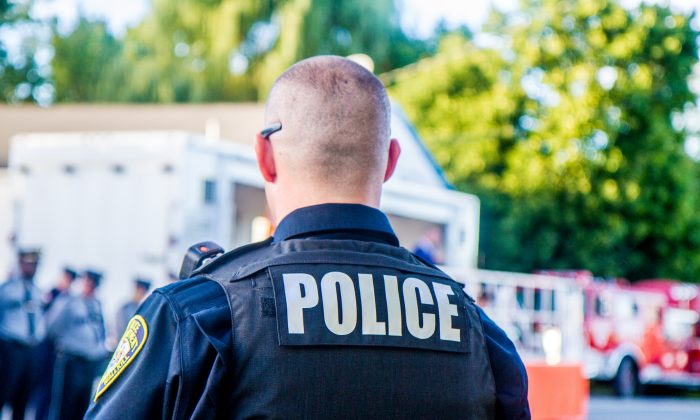 The crash involved two Philadelphia Police cruisers at 10 a.m. local time in the Kensington area of the city.

Footage shows a police SUV with serious front-end damage. Another SUV was up on the sidewalk with side damage, and that vehicle appears to have struck a utility pole and a building.

Two officers were in each SUV, and all of them were hospitalized and listed in stable condition.

4 Philadelphia police officers were injured in this crash.. @GregArgosCBS3 is live from the scene at Noon on #cbs3. @CBSPhilly pic.twitter.com/Pf3CVTUPx1

The cars crashed while they were responding to a shooting at C Street and Allegheny, according to 6ABC.

One officer involved in the crash suffered a head injury and was taken to Temple Hospital, CBS Philadelphia reported.

4 Philadelphia Police Officers injured in crash while responding to shooting in the city's Kensington neighborhood. https://t.co/HnuoL5wrL4

An eyewitness said one of the SUVs was traveling in the wrong direction at the time of the accident.

Transit police arrested a suspect in the shooting near Kensington and East Allegheny avenues. No victim was found in the shooting, the CBS affiliate reported.