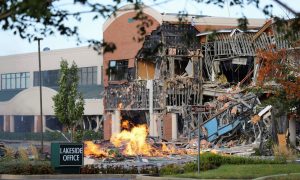 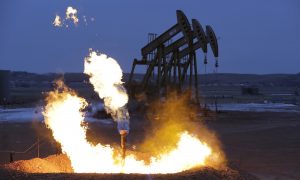 Police tape in a stock photo. (Carl Ballou/Shutterstock)
US

4 People Missing After Pipeline Explosion at Port in Texas

The U.S. Coast Guard said the four missing people are crew members on the dredging vessel Waymon L Boyd. The explosion happened at about 8 a.m. in the Port of Corpus Christi.

Corpus Christi Fire Department Chief Robert Rocha said that upon arrival, firefighters “encountered heavy fire and smoke conditions.” By late Friday morning, the supply line feeding fire had been shut off and it was going out, Rocha said.

Coast Guard Lt. Marina Lawrence said the vessel hit a submerged pipeline. The Port of Corpus Christi said in a statement that a natural gas pipeline was involved and that operators had isolated it.

Rocha said that of the six people transported to a hospital, one was in serious condition. He said the Fire Department transported four people to the hospital, while the U.S. Coast Guard transported two.

Texas Gov. Greg Abbott issued a statement saying that the state was working closely with authorities in the area and that the Texas Commission on Environmental Quality was monitoring the air quality.

Rocha said most of the heavy smoke was blowing into a rural area.