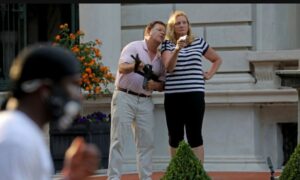 Mark McCloskey Explains Guilty Plea: 'By God, I Did It. That's What the Guns Were For'
0
Share Now
TelegramFacebookTweetEmailTellMeWeReddit
Copy Link 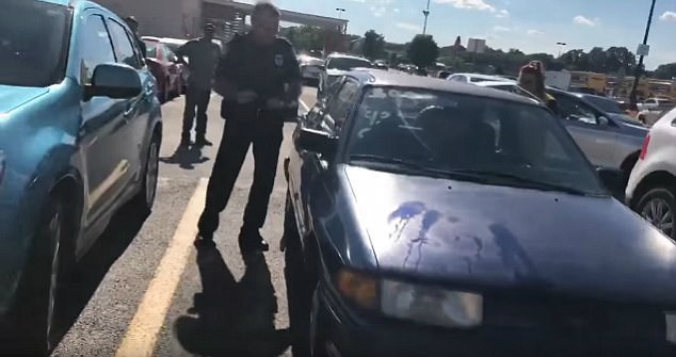 A video captured the moment a baby was rescued from a hot car in Evansville, Indiana, on Monday and police said that the mother showed little remorse.

The incident unfolded at a Walmart parking lot after bystanders noticed a child in the car.

WFIE-TV reported that the four-month-old child was left in the car for more than two hours as temperatures reached 86 degrees Fahrenheit.

Kelly Decorrevont, 35, was later arrested after the rescue operation. She was charged with child neglect and possession of marijuana.

Officers noted that she didn’t “seem very remorseful” for leaving the child in her vehicle.

Officers also reported that the baby was sweating profusely, according to WEHT.

“Decorrevont seemed as if she had no clue why officers were near her vehicle. Officer C. Nutt informed Decorrevont that we were there due to her infant, later identified as Vincent Decorrevont, being left unattended inside of a locked, hot vehicle. Decorrevont did not seem very remorseful,” the officers wrote in an affidavit, ABC7 reported. “Decorrevont stated to me, Officer R. Smith, that she did not realize that her son was even in the vehicle.”

A local man explained what he saw.

“What I saw was just not even right and what I heard was even worse,” Doug McGuire said, WAVE3 reported. “That baby crying when it came out of the car. Like, I have a 16-month-old child in my car right now, which is running with the AC on and my wife is in there with her, and when that baby needs to cry, it can cry. This baby was not getting that out, like it was making noises. It was breathing, that was wonderful, but it broke my heart.”