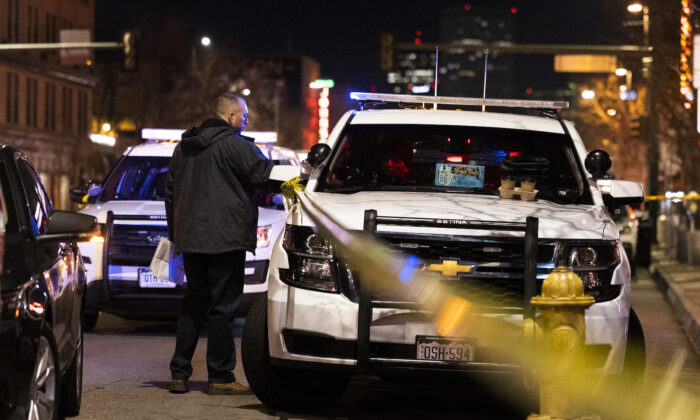 The bodies of five people were found in a Colorado apartment on Feb. 20 after an apparent overdose, authorities said, adding that substances described as “illicit narcotics” were recovered inside the unit.

Commerce City Police Chief Clint Nichols said the deceased are identified as three women and two men. The bodies were found shortly before 4 p.m. inside the North Range Crossing apartment complex. Commerce City is located in Adams County, about 7 miles northeast of Denver.

“If it is going to be illicit drugs, they were very, very bad,” Nichols said, The Denver Post reported. “If it was drugs, no one was able to get to a phone and call 911 for a medical emergency. It happened pretty quickly—speculation on my part.”

Authorities haven’t determined a cause of death yet and it was not immediately clear what the substances are. Police said further testing is required to determine exactly what the narcotics are.

According to a preliminary investigation, it doesn’t appear the victims were killed in a violent incident and the bodies didn’t have any signs of blunt trauma.

“We don’t know exactly what anything is as of yet,” Nichols said, adding that the fire department was called out to conduct a hazardous gas test, but that was negative.

As the officer’s arrived at the scene, another adult female and an infant who was about 4 months old were in the apartment but survived, the chief said. Both the infant and the woman are expected to be ok.

Both individuals were transported to a hospital and it is unclear if any of the deceased adults found inside the unit are the parents of the baby.

“I hope the parents were not in there, but I’ve been doing this long enough … it would probably be safe to suggest the parents probably were inside and so for the infant, that’s going to be a long time without parents,” Nichols said.

A neighbor told the Post that he heard music and thumping in the apartment on Feb. 19 and it had sounded like they organized a party. Neighbors also said the unit frequently had police visits for various problems.

Police said the investigation remains ongoing and detectives are in the process of obtaining a search warrant to begin their investigation. The names and ages of all the victims were not immediately available.