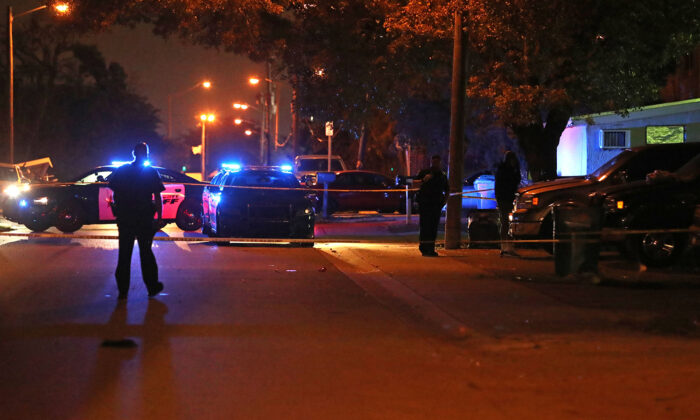 Four men were taken to the hospital Sunday evening for a medical emergency involving the potentially lethal drug fentanyl.

The incident was just three days after four U.S. Military cadets from West Point were among six people who overdosed at a rental home Thursday in Wilton Manors. The cadets were on Spring Break. One of the cadets is on the football team.

Detectives found “drug residue” at the residence, according to the Broward Sheriff’s Office. Testing determined the substance to be fentanyl. As of Monday afternoon, three of the men had been released from the hospital. The men are ages 39, 30, 28 and 26, the Sheriff’s Office said.

Fentanyl is a dangerous synthetic opioid that is up to 100 times stronger than morphine. In its illegal form, it is often added to other street drugs, including cocaine, heroin and methamphetamine, due to its potent effects. It is also often made into pills that closely resemble prescription opioids.

In Wilton Manors, four people were using cocaine, Fort Lauderdale Fire Rescue said. After using the drug, two went into cardiac arrest. When two people tried to help them by giving them mouth-to-mouth resuscitation, they too were exposed to fentanyl and had to be hospitalized. At least one of the individuals remains on a ventilator at Broward Health Medical Center.

The undercover Broward County Drug Task Force detective met with Casseus to purchase 43 grams of cocaine, $1,000 worth, in Fort Lauderdale. Authorities then followed him to Hollywood where he was arrested.

Phone records connect Casseus with the undercover purchase as well as one of the overdose victims, the report says.