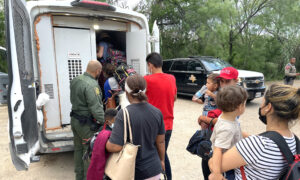 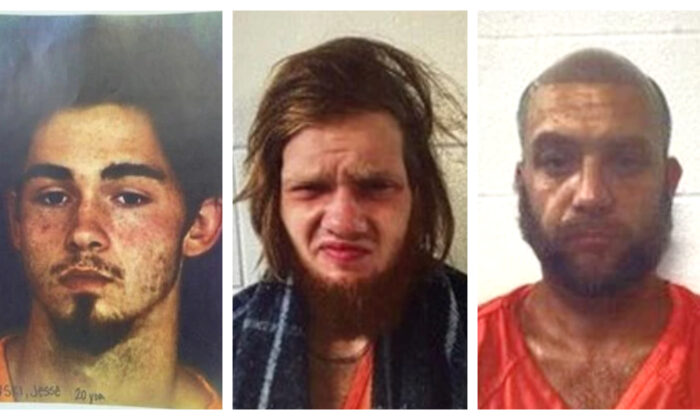 NEW SUMMERFIELD, Texas—Three men were arrested on capital murder charges in the fatal shootings of four people at a home in East Texas, authorities said Wednesday.

Jesse Pawlowski, 20, Billy Phillips, 37, and Dylan Welch 21, were arrested Tuesday in the killings near New Summerfield, a small community about 125 miles southeast of Dallas. They were expected to be arraigned Wednesday.

Cherokee County Sheriff Brent Dickson said a woman called authorities Tuesday morning after finding one of the four victims, 18-year-old John Clinton, dead in her driveway. Investigators then found the other three in a mobile home behind her residence. They were Clinton’s mother, 39-year-old Ami Hickey, Jeff Gerla, 47, and Amanda Bain, 39.

“I believe they showed up with the intent to rob them and then it escalated,” Dickson said.

The defendants were arrested Tuesday evening. They live in nearby Jacksonville. Authorities recovered a vehicle, clothes and guns that were stolen from the victims, Dickson said.

Dickson said authorities were trying to determine if more than one person shot the victims.

Pawlowski, Phillips and Welch were being held in Cherokee County jail on Wednesday. Bond had not yet been sent and jail records did not yet list attorneys for them.