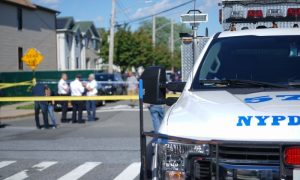 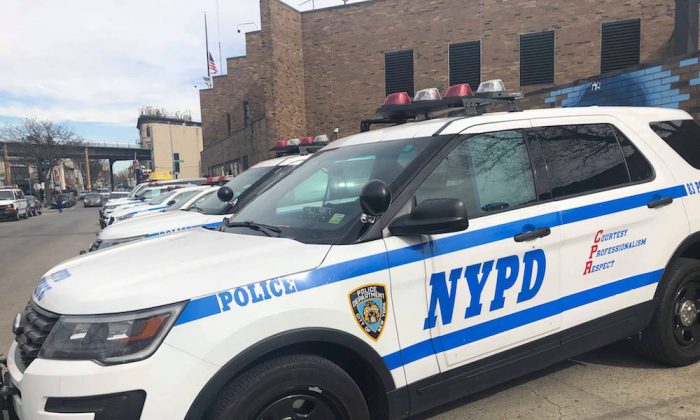 Police responded to a call about shots fired at 74 Utica Avenue, in the Crown Heights section of Brooklyn, just before 7 a.m. on Oct. 12, an NYPD spokesman told The Associated Press.

Three of the injured victims—a woman and two men—were taken to nearby hospitals for treatment. According to initial reports, they suffered non-life-threatening injuries.

The NYPD said the club appeared to be an unlicensed gambling club, but police had not previously received any complaints.

The building were the shooting happened is located just two blocks from a police station, in a part of Brooklyn that has struggled with gang violence.

In a video on YouTube, the area of the shooting can be seen surrounded by crime tape and secured by multiple officers and emergency responders.

Authorities said the motive of the shooting is not clear and so far no arrests have been made.

Murders across all five boroughs in New York City rose sharply in the first two months of 2019, despite the New York Police Department (NYPD) noting that overall crime has declined.

The recent trend was revealed by NYPD’s weekly CompStat report which found 51 murders as of Feb. 24—a 50 percent increase from the same time last year.

The number of both shooting incidents and shooting victims, meanwhile, saw no major changes when compared to 2018.

An NYPD spokesperson told The Epoch Times that they take every crime seriously and that “any murder is one too many.”

“Using data-driven precision to target crime, along with neighborhood policing, the NYPD has produced record-low crime,” the department said via email. “The NYPD will use these proven tactics to address any temporary upticks, so that every New Yorker—regardless of zip code—can live in safety.”

The Associated Press and Bowen Xiao contributed to this report.