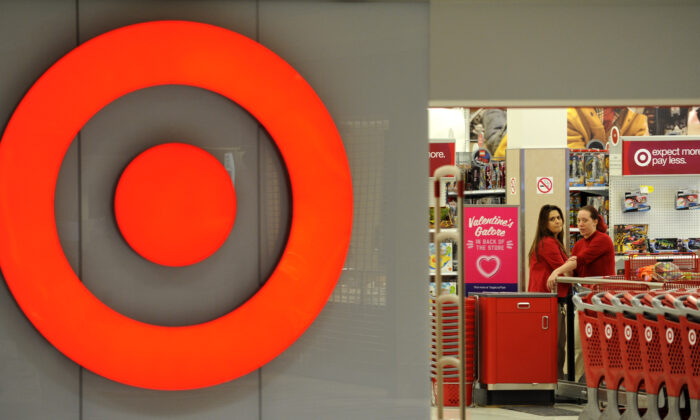 LOS ANGELES—Two Southland residents were arrested today in connection with an alleged fraud scheme that induced people into purchasing thousands of Target gift cards, which were then used at stores in Los Angeles and Orange counties to purchase electronics and other goods.

Bowen Hu, 26, of Hacienda Heights, and Tairan Shi, 27, of Diamond Bar, both Chinese nationals, are among four people named in a federal indictment detailing the alleged fraud scheme, according to the U.S. Attorney’s Office.

The two other defendants—Blade Bai, 33, of El Monte, and Yan Fu, 58, of Chino Hills—are expected to be summoned to appear in court next month. Bai is a U.S. citizen, while Fu is a Chinese national, prosecutors said.

According to the U.S. Attorney’s Office, Bai, Hu, and Shi essentially laundered proceeds of the scheme by obtaining more than 5,000 fraudulently purchased Target gift cards, then distributing them to “runners,” including Fu, who used the cards at stores primarily in Los Angeles and Orange counties to purchase electronics and other items.

Prosecutors contend the gift cards were originally purchased by people who were targeted by various fraudsters who convinced victims they needed to purchase the cards to resolve financial issues. For instance, some perpetrators claimed to be government officials or police officers who told victims to purchase gift cards to resolve issues such as arrest warrants or Social Security matters, while others convinced victims they needed to buy the cards to correct computer or account access problems.

The fraudulently obtained cards were then distributed through an online group dubbed the “Magic Lamp,” prosecutors said.

“This case offers an important reminder to consumers that gift cards are for presents to friends and loved ones—they should never be used for payments to any government or corporate entity,” Acting U.S. Attorney Tracy L. Wilkison said in a statement. “Don’t be fooled by callers claiming to be with a government agency, a bank, or any other institution demanding that you purchase gift cards. There is no reason to purchase a gift card to resolve a problem with an account, your Social Security number, or a supposed criminal case.”

Prosecutors said Fu visited as many as 17 Target stores in a single day to use the fraudulently obtained cards, and Bai resold the purchased goods, using some of the proceeds to pay the Magic Lamp group.

The defendants are estimated to have laundered more than $2.5 million in gift cards between June 2019 and November 2020.

All four defendants are charged with conspiracy to commit money laundering, a felony that carries a maximum penalty of 20 years in prison.