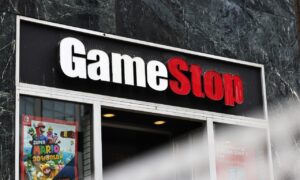 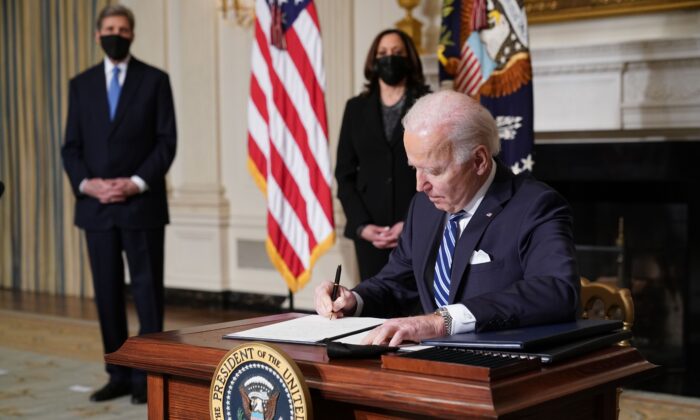 On Jan. 27, Biden signed an executive order that set up a “pause on entering into new oil and natural gas leases on public lands or offshore waters to the extent possible” and will launch a “rigorous review of all existing leasing and permitting practices related to fossil fuel development on public lands and waters.” The White House said the move is an attempt to “tackle the climate crisis.”

The United States under the Trump administration became the world’s top producer of oil and maintained its position as the top global producer of natural gas. The country in 2019 became a net exporter of petroleum (crude oil and refined) products for the first time since 1949, and is now in its fifth consecutive year as a net exporter of natural gas.

Last week, the Biden administration imposed a 60-day suspension of new permits for oil and gas leasing, drilling, and fracking on federal lands. The Jan. 27 executive order goes a step further and imposes a moratorium on such permits, although the freeze wouldn’t impact existing leases and wouldn’t apply to private land, which accounts for more than three-quarters of total U.S. oil production and even more for natural gas. Biden’s new order also seeks to end direct federal subsidies to the fossil fuel industry.

“Unlike previous administrations, I don’t think the federal government should give handouts to big oil to the tune of $40 billion in fossil fuel subsidies,” Biden said at the Jan. 27 signing ceremony.

“I’m going to be going to the Congress asking them to eliminate those subsidies. We’re going to take money and invest it in clean energy jobs in America, millions of jobs in wind, solar, and carbon capture.”

Republicans and industry leaders said the order would harm the economy and lead to thousands of job losses, while the Western Energy Alliance, a group representing fossil fuel producers on federal lands, filed a lawsuit on Jan. 27 against Biden’s order.

“The law is clear. Presidents don’t have authority to ban leasing on public lands. All Americans own the oil and natural gas beneath public lands, and Congress has directed them to be responsibly developed on their behalf,”  Alliance President Kathleen Sgamma said in a statement, according to The Washington Times.

“Drying up new leasing puts future development as well as existing projects at risk. President Biden cannot simply ignore laws in effect for over half a century.”