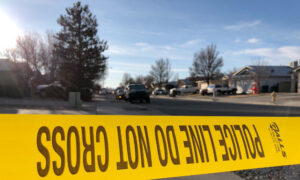 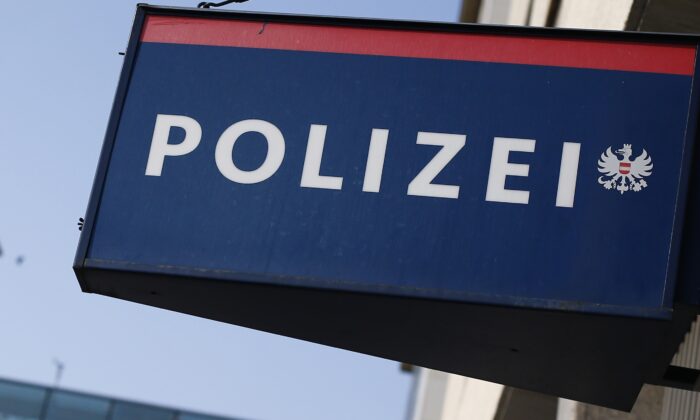 A sign of the Polizei, Austria's Police department, in Vienna, on Sept. 6, 2012. (Alexander Klein/AFP via Getty Images)
Europe

BERLIN—A woman and a four-year-old girl were found shot to death in a car in a rural area north of Vienna, Austrian authorities said Sunday.

Police are trying to determine the whereabouts of the 29-year-old woman’s ex-partner.

A spokesman for Lower Austria police said a witness reported finding a car with two bodies inside early Sunday afternoon in the Mistelbach district, 40 kilometers (25 miles) from the capital.

Officers didn’t immediately find a firearm at the scene before cordoning it off for specialist investigators, said police spokesman Raimund Schwaigerlehner.

Heavily armed police went to the ex-partner’s home but did not find him there. The man is not currently being treated as a suspect, said Schwaigerlehner.

In a separate incident, police in neighboring Switzerland said Sunday that two people, a 44-year-old woman and a 53-year-old man, were found dead near the southern town of Bellinzona.

Local newspaper Corriere del Ticino reported that police are investigating it as a possible murder-suicide.