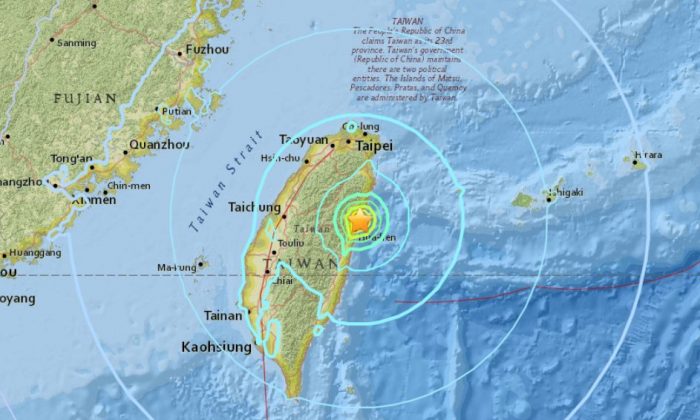 A 6.1-magnitude earthquake struck off the coast of Taiwan on Sunday, according to the U.S. Geological Survey.

The quake hit at a depth of around 7.8 kilometers (4.8 miles) the agency said.

The tremor hit about 10 miles north-northeast of Hua-lien, the agency said.

There were no immediate reports of damage.

The U.S. Geological Survey reported that three other quakes hit in the area minutes later, measuring 5.3, 5.5, and 5.2.