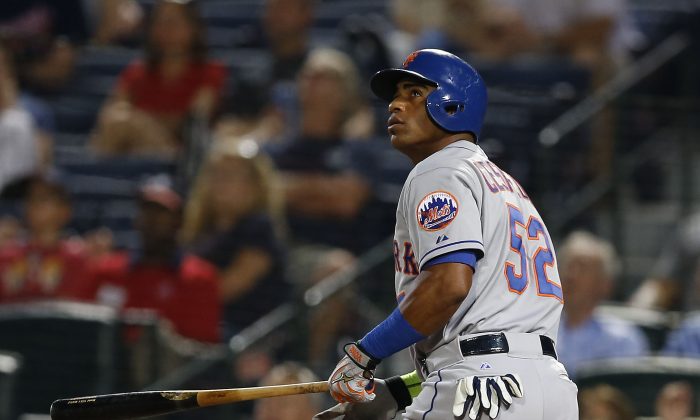 Baseball’s offseason has begun and there are plenty of major questions to be answered. Here are the biggest ones:

1. How Does Boston Upgrade Its Starting Rotation?

Boston’s new GM, Dave Dombrowski, knows how to put together a winning squad. He’s done it with Montreal, Florida, and most recently Detroit. Boston is the best situation he’s been in, in terms of resources and talent on the squad he inherited, yet the Red Sox showed plenty of flaws this past season—mainly in their starting rotation.

Opting to go with a number of midlevel starters, the Red Sox placed 24th in starting pitching ERA at 4.39. Their bullpen wasn’t much better posting a 4.24 ERA. Fortunately only one of their starters (Rick Porcello) is locked into a bad long-term contract (four years, $82.5 million) meaning they have some wiggle room.

Yet if they can’t get a free agent ace like David Price, Zack Greinke, or even Johnny Cueto to come pitch at Fenway, they’ll have to reshuffle the rotation through trades, which has always been a strength of Dombrowski. Would he dare deal one of their three young outfielders—Jackie Bradley Jr., Mookie Betts, and Rusney Castillo—or shortstop Xander Bogaerts to get a better arm? Stay tuned.

2. How Does Kansas City Get Enough Outfielders?

When left fielder Alex Gordon declined his player option for 2016 as expected, it left the Royals in a quandary. Do they overspend on a player north of 30 that could possibly prevent them from re-signing their younger stars like Eric Hosmer and Mike Moustakas when they’re eligible for free agency in two years, or do they go all in now and take on a bigger rebuilding job later?

Even more than that, the Royals declined the mutual option on right-fielder Alex Ríos and saw Ben Zobrist—who played both left field, right field, and second base in Kansas City—declare free agency, leaving them razor thin on corner outfielders.

Ideally they’d love to sign both Gordon and Zobrist, but they’ll probably be lucky to even ink just one of them. Should they get one, they’ll likely go with an internal option—maybe Paulo Orlando—to play the other corner spot, though Orlando doesn’t have a high ceiling.

Should they whiff on both though they’ll have to get creative because the team has exhausted a number of its minor league prospects via trades and promotions in recent years and there aren’t many other second-tier free agency options available to them.

3. What Do the Dodgers Do Regarding Zack Greinke, Yasiel Puig?

At first glance, it seems a no-brainer that free-spending Los Angeles goes overboard in the bidding process for Greinke, who is a good bet to win his second Cy Young.

But new GM Andrew Friedman isn’t used to doing things this way. Friedman, the former Tampa Bay GM, relied on shrewd trades and a strong minor league system to keep his Rays in contention in the AL East.

Besides that, Greinke just turned 32 and the Dodgers couldn’t expect him to keep up his excellent production relative to the length of contract (probably five years) that he’d likely command.

The 24-year-old Puig on the other hand, is under team control for another four years, yet his production has gone down in each of his three seasons. Meanwhile, rumors of the talented right fielder being a negative influence on the team have only gotten louder.

The Dodgers would have to hold out for the right deal—if they chose to get rid of him—because they would be dealing him when his value is the lowest.

4. What Do the Mets Do for Offense?

It seems unlikely that Sandy Alderson and the Mets will stay long in the bidding for Yoenis Céspedes should the top bid surpass the $100 million range. At the same time, Céspedes was the one that pumped life into an otherwise lifeless offense. Without him they don’t win the NL East or make the playoffs.

At the same time, Daniel Murphy seems unlikely to return as well. Though he’s a good hitter, his defensive liabilities and expected heavy price tag will likely keep him out of New York’s plans. But like Céspedes, the Mets don’t advance past the Dodgers and Cubs in the playoffs without his clutch hitting.

What they do to replace these two remains to be seen.