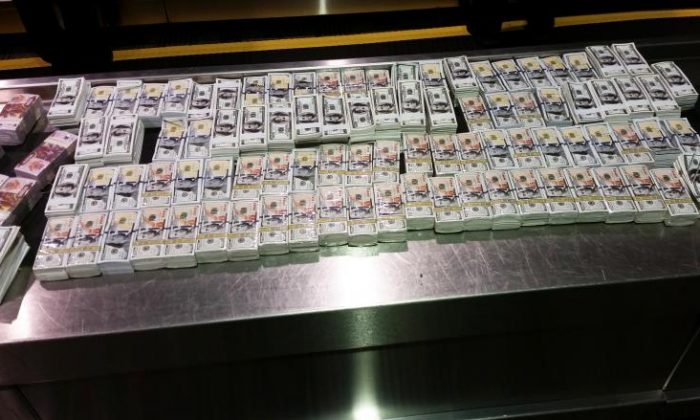 Customs and Border Protection (CBP) agents seized $4.65 million in “hell” money that resembled US and Vietnamese currency at the Detroit airport.

“Hell” money is currency that’s printed on joss paper. It’s not used as legal currency, and in some Asian cultures it’s burnt as an offering for the deceased. Still, the practice of importing any counterfeit currency is illegal.

“Attempting to import any amount of counterfeit currency, regardless of the intended purpose, can have serious implications for arriving travelers,” CBP officer Devin Chamberlain said in a statement.

The CBP found the stash of fake cash on Feb. 12, when they met a couple that was flying in from Seoul, South Korea, who gave conflicting stories about just how much currency they were carrying.

The hell money is now in the custody of agents from Homeland Security Investigations and the Secret Service.