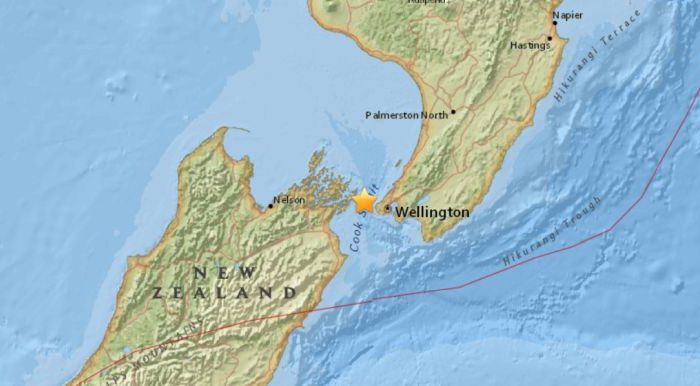 According to the U.S. Geological Survey, the quake registered 4.5 on the Richter scale, hitting at a depth of 40.1 kilometers (24 miles).

It hit between North and South islands.

It’s not clear if the quake caused any damage.

On social media users sounded off.

Very déjà-vuey all of a sudden. Just grabbed the cat to bring him upstairs to our room, just like we did a year ago and he is next to the dog wondering what is going on, just like last year. ?? #EQNZ

That was quite a shake in Welly #eqnz

New Zealand is located on the Pacific “Ring of Fire” basin, lined with around 75 percent of the world’s total active volcanoes.

About 90 percent of the world’s earthquakes strike along the “Ring of Fire,” according to the USGS.