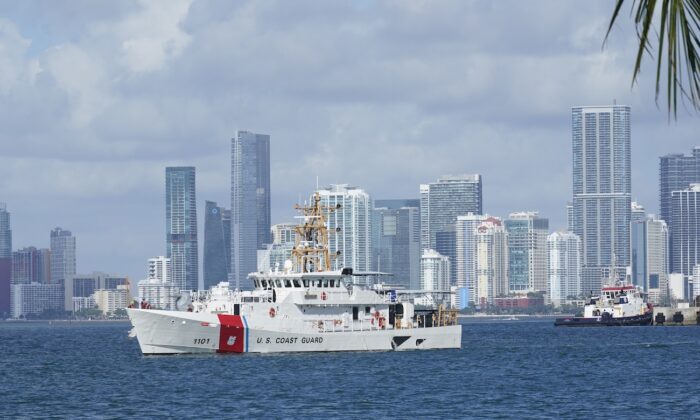 One body was recovered and 38 people remain missing on Wednesday, four days after a suspected smuggling boat was capsized, resulting in at least one death and leaving one known survivor, according to the U.S. Coast Guard.

Capt. Jo-Ann F. Burdian told a news conference that finding the other migrants alive is their highest priority. She said the survivor told rescuers that they capsized shortly after sailing into a storm from the Bahamas Saturday evening. The Coast Guard were alerted Tuesday morning after the crew of a merchant vessel spotted the man sitting alone on the overturned hull of the 25-foot-long boat.

The man told the Coast Guard that he, along with 39 others, were on a boat that met severe weather after they set off from Bimini, the Bahamas, on Jan. 22. The vessel capsized early on Jan. 23. No one on board had been wearing a life jacket, the man said.

“This is a suspected human smuggling venture,” the Coast Guard said, adding that crews continue to actively search for the missing people.

Migrants have long used the islands of the Bahamas as a steppingstone to reach Florida and the United States. They typically try to take advantage of breaks in the weather to make the crossing, but the vessels are often dangerously overloaded and prone to capsizing. There have been thousands of deaths over the years.

The Coast Guard in July 2021 rescued 13 people after their boat capsized off of Key West as Tropical Storm Elsa approached. Survivors told rescue personnel they had left Cuba with 22 people aboard the boat, but that nine went missing in the water.