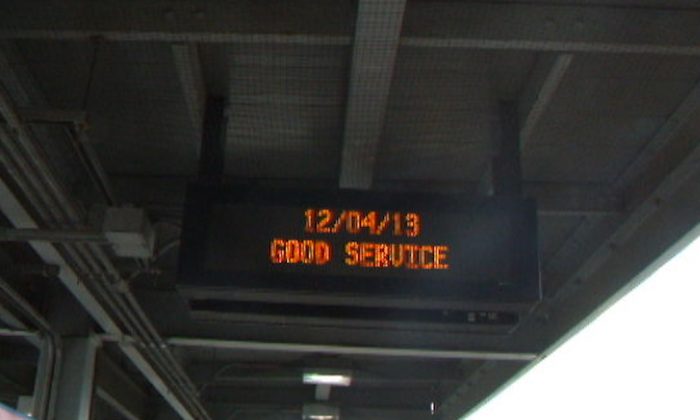 Gov. Andrew Cuomo released a statement Tuesday night saying, “Thanks to an extraordinary effort and around the clock work, over 98 percent of service will be restored for Hudson Line commuters in time for tomorrow morning’s rush hour.”

Workers are still fixing the tracks where the accident happened. Parking at the station has been roped off to accommodate construction and investigative equipment. The National Transportation Safety Board (NTSB) is continuing its investigation.

“They plan to be here 7 to 10 days, not only on site but we have other locations where they are examining things,” Said Joe Streany the deputy director of safety and security with Metro-North Railroad. “But the investigation will take several months, possibly a year.”

Three tracks run through the Spuyten Duyvil station. The two closest to the water were damaged when the train, traveling on the middle track, jumped off and hit the track closest to the water in the process. The one farthest from the water was minimally damaged and was able to be used for train service starting early Wednesday morning.

The number of commuters coming off the Hudson line at Grand Central Terminal Wednesday morning was comparable to other lines, with many of the commuters saying the incident would not keep them from taking the train.

“The train is a little safer than any kind of transportation today,” said Penny Weinstein, a commuter from Tarrytown.

Addie Lee, who has been commuting from Ossining for the last 37 years said, “I closed my eyes but I wouldn’t go to sleep because I was concerned for my safety, but I’m not that concerned that I am scared to ride the train.”

“It was smooth,” said Raymond Way, a longtime commuter from High Park. “They were going a lot slower I think, just to kind of maybe reassure everybody that it’s going to be safe.”

Cuomo said to expect 10–15 minute delays and cramped quarters during peak hours while the rest of the tracks are being restored.

“This work will take all day Tuesday and likely run into the next few days,” he said in his press release. “The goal is to restore all tracks as soon as possible.”