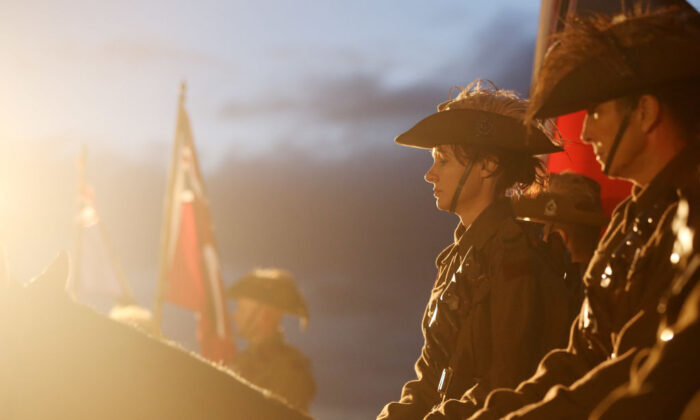 A recently unearthed report reveals that Australia is dealing with a huge backlog of compensation claims from servicemen and women.

The Department of Veteran Affairs’ claims process diagnostic compiled by McKinsey Consulting revealed that as of December 2021, the Department was processing 17,000 claims, with another 37,000 on hold because the body did not have the capacity to deal with it.

The $1.6 million report (US$1.1 million) was obtained by the Australian Broadcasting Corporation and ordered by Matt Keogh, the new veteran affairs minister, to be published online (pdf).

It found the Department lacked the capacity and manpower to deal with an explosion of new claims, which have also exceeded forecasted projections.

“Increased claims are associated with an increase in claims from recent theatres of war, such as Afghanistan, and veteran-centric reform efforts to simplify and digitise the claims process,” the report stated.

It also warned that another 122-125,000 claims could be in the pipeline and will need to be dealt with if the Department hoped to reduce the backlog to zero by June 2023.

One of the main bottlenecks identified is the difficulty filling out applications and finding doctors willing to assist their claims.

The report also found training of staff had slowed during the COVID-19 pandemic with remote work slowing the process.

It also called for a concierge function to be established to speed-up claim processing, and assist doctors with how they deal with veterans.

Heston Russell, himself a former special forces operative and now a veteran affairs advocate said Australian servicemen and women are often confronted with a culture shock when they leave the armed forces.

“The military is fantastic at grabbing someone off the street, and issuing them with a collective identity, and an overwhelmingly inspiring purpose that hits them at the intrinsic and extrinsic level,” he previously told The Epoch Times. “From the way, they march you around, to the way you wear a uniform, and even being called by your last name.”

Russell said the military was a “for purpose” and “values-based” organisation where each individual was held accountable to values like courage, initiative, teamwork, and respect.

“But as many of us transition to [living] primarily in larger cities in Australia, we find that society no longer really values responsibility, it’s replaced with entitlement: ‘What’s in it for me, what do I deserve?’ It replaces selflessness with selfishness, it’s dog-eat-dog.

“Everything is ‘for-profit,’ as opposed to ‘for purpose.’ And it’s a really difficult place to espouse these values, where you are literally the minority as people are too busy focusing on profit, enjoyment, and all these things.”