350 Passengers Evacuated From Wuhan Will Be Quarantined in California 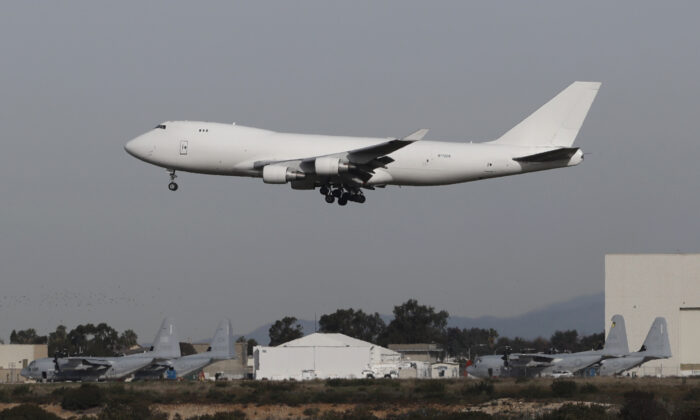 About 350 evacuated American citizens who were living near the coronavirus epicenter in Wuhan, China, will be placed under a mandatory federal quarantine at two bases in California starting from Wednesday, according to the military.

Two Department of State evacuation flights departed China and arrived at Travis Air Force Base in Northern California, the Centers for Disease Control and Prevention said on Wednesday.

The planes held a total of about 350 passengers.

One of the planes will now head to Miramar Marine Corps Air Station and the other will remain at Travis Air Force Base, said the military in a statement.

“As previously announced, these individuals will be subject to a CDC managed 14-day quarantine,” the statement said, referring to the Centers for Disease Control, adding that the Defense Department “will work closely with our interagency partners and continue to provide support to the situation as requested.”

As previously announced, these individuals will be subject to a CDC managed 14-day quarantine. DOD will work closely with our interagency partners and continue to provide support to the situation as requested.” (3 of 3)

Fox40, KCRA, and other local news outlets showed footage of the State Department planes arriving at Travis Air Force Base on Wednesday morning.

In a statement, Travis Air Force Base, located in Fairfield, said the evacuees will be held away from on-base residential housing.

“Individuals currently in lodging are being contacted and accommodated to secure alternate arrangements,” the statement said, adding that the Department of Health and Human Services “will be responsible for all care, transportation, and security of the evacuees during the quarantine period.”

The Chinese regime implemented lockdowns and quarantines of Wuhan and several other cities in an attempt to curb the outbreak, although local people and medical sources have told Epoch Times that the situation there appears far more dire than what the regime is letting on to the rest of the world.

More than a week ago, the State Department carried out its first evacuation mission to take about 195 people back to the United States. They are being held in isolation at a base in Riverside County, California.

A child who was being quarantined in Riverside was rushed to the hospital after experiencing a fever, said officials. The Riverside County health agency said the child, accompanied by a parent, was taken to Riverside University Health System-Medical Center by ambulance for testing and observation. Officials said that testing results for the coronavirus have not yet come back.

The child will be tested before samples will be sent to the CDC with results expected later in the week, officials said. Despite the update, no cases of coronavirus have been confirmed so far in Riverside County, located near Los Angeles, the agency assured.

So far, 11 cases have been confirmed in the United States. Six of them are in California and involve people, or the spouses of people, who have recently traveled to Wuhan. Two patients in San Benito County were rushed to a San Francisco hospital on Monday, the city confirmed in a statement.