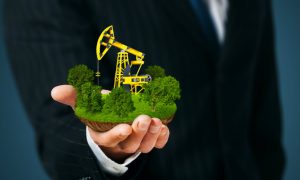 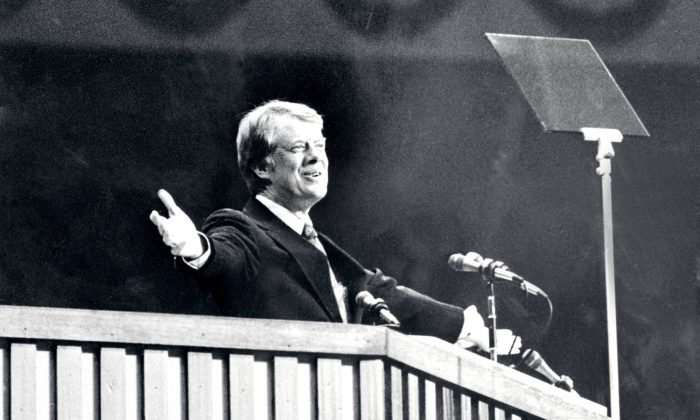 “Energy,” President Jimmy Carter said, “will be the immediate test of our ability to unite this nation, and it can also be the standard around which we rally.” Carter tried to change the path of America’s energy future with his ‘Crisis of Confidence’ speech, delivered 35 years ago Monday. Here’s why it didn’t work.

Thirty-five years ago Monday evening, Jimmy Carter stared America in the eye, and invoking his promise that “I will never lie to you,” gave us all a royal scolding.

It ran just over a half-hour, back in the day when such speeches were carried by all three of the commercial TV networks, in prime time, before tens of millions of viewers. Every one of those viewers had likely spent some recent time in a gasoline line, paying inflated prices for scarce fuel.

“Why have we not been able to get together as a nation to solve our serious energy problem?” asked the president, with an earnest gaze and several chopping, pounding motions with his right hand. It was a second sortie for a president who two years earlier had told us that our energy woes were “the moral equivalent of war.”

Carter then read a laundry list of public grievances against the government, and against himself, including a concise summary of why America was entering a “moral and spiritual crisis.” He said that America was losing faith in government, and in citizens’ ability to participate in democracy. He denounced self-indulgence, overconsumption, and government gridlock. He sounded at times like a bitter, unusually articulate Grampa pining for the Good Old Days.

It’s hard to watch or read the speech without viewing Carter as a gloomy, forthright prophet. But he also steered his scold back to the central theme of energy. “Energy,” he said, “will be the immediate test of our ability to unite this nation, and it can also be the standard around which we rally.”

Carter’s manifesto was hardly an attack on the fossil fuel industry. He called for energy conservation mandates and improved public transportation, but he also urged increased reliance on coal, touted the promise of domestic shale oil, and promised to remove environmental obstacles to oil refinery construction.

What he did do is make a firm acknowledgement that our energy supply controls our destiny, whether it’s in the hands of petro-states, coal barons, or solar entrepreneurs. But alas, Americans were no more in the mood to be lectured about driving 55 or cutting down on unnecessary trips than they are today. Carter’s other gestures, like installing a passive solar array on the White House roof, also failed to impress or inspire.

Herblock cartoon, published in the Washington Post on July 18, 1979, three days after Carter’s “Crisis” speech. (Courtesy of the Library of Congress)

Backlash to the Scolding

At the time of the speech and following the 1979 Energy Crisis, Carter’s approval ratings bottomed out at around 25% – about where Nixon’s were in the midst of Watergate, and nearly 20 points lower than Obama’s current number. Immediately after the speech, his numbers rose about ten points, but within weeks the backlash to the scolding parts of the speech dropped his numbers lower.

Months later, the Iranian hostage crisis unfolded, and the following year, Carter was crushed in his re-election bid by Ronald Reagan. Both the policies and the symbolic White House solar array were soon memories.

But the scolding lived on, dubbed the “malaise speech” by the op-eds and punditry that followed, even though Carter never mentioned the word.

Few American presidents have dared to dwell on the issue since. George W. Bush confessed in 2006 that “we are addicted to oil” even as he presided over policies that enabled the addiction. Barack Obama has become more vocal about climate change in his second term while helping vulnerable Democrats in coal and oil states by promising an “all of the above” energy scheme.

Sadly, the biggest takeaway from Carter’s “malaise” speech may have been the current political wisdom that Americans are beyond being self-inspired in their own interest.

Jimmy Carter promised to lead on overhauling our energy regime if only Americans were willing to follow. Thirty-five years later, energy divides America more than it unites, and the stakes today are bigger than anyone realized back in 1979.

Republished with permission from the Daily Climate, a publication of Environmental Health News. Read the original.